The choir program at Nebraska Christian has impacted the lives of students and directors alike for more than 50 years.  The position of Choir Director has been held by only 3 individuals since the school’s founding, though a number of other individuals have directed the band and other portions of the music program.  The 3 directors are:

Over the past month I have had the privilege of speaking with each of the three about their experiences as director.  From the look in their eyes to the tones of their voices, it was evident that the choir was a dear thing to each of them.

Mr. Saywer remembered coming to Nebraska Christian in the summer of 1959. “Our car broke down on the move from Kansas.”  Once Mr. Saywer, his wife and his daugther finally made it to the school’s campus where they would be living as dorm parents, he recalled, “It was primitive – the school’s facilities.”  At the request of Superintendent Walter Ediger, Mr. Saywer assembled a quartet and piano player to tour the state promoting the school.  “The girls were daughters of the board members,” and, “Paul Oswald loaned us a car,” he explained.

The difficulties of those first days are remembered now with a chuckle, and things got better.  Mr. Saywer explained what he loved most about directing the choir:  “You could teach the kids notes, enunciation, and all those things, but there would come a point when they saw it all come together.  I loved the choir.”

Mr. Saywer’s love of the choir was no secret to the students he taught or the teachers he taught with.  Mrs. Wischmeier recalled her thoughts on her first day of directing the choir in 1990, “Oh boy, I thought.  I have big shoes to fill.”  Indeed, the choir had been winning awards for decades.  But Mrs. Wischmeier didn’t allow the quality of the performances suffer.  The choir continued to impress.

Choir isn’t just about singing songs or learning notes, it’s also about building relationships and having fun.  To that end, one NC choir tradition is to surprise the choir director in some way at the last choir tour concert of the year.  One year students slipped off their shoes and left them on the risers when they walked off stage.  Another year they broke out into a rousing rendition of “Happy Birthday” rather than the expected song.  One year, Mrs. Wischmeier recalled, the students even presented her with a live rabbit during the concert.

Students not only injected fun into choir concerts, but also into bus rides and daily choir activities.  Especially at the end of a long Sunday of choir tour, having performed three concerts, “Coming home was always goofy,” Mrs. Wischmeier shared with a laugh.  “It was good fun, good times.”

A relatively recent addition to the choir’s schedule is the Christmas Festival of Lessons and Carols.  The first Festival took place in 2004 and featured an orchestra, children’s choir, and adult choir.  NC’s junior and senior high choir has always made up the bulk of the adult choir with a number of students from other area high schools participating as well, while NC’s elementary students make up the children’s choir.  The event now features local and national musicians, internationally acclaimed organist, Linda Sweetman-Waters, all directed by Maestro Eric Dale Knapp of New York City.   “I’m always in awe when I get done.  It’s such a worshipful time,” commented Mike Flynn, NC’s Music Director, at the conclusion of the 2012 concert.

I suspect it is that very sentiment that has made NC’s choir so popular among the student body and successful in concert and competition over the years.  Music is one of the primary ways we get to worship God, and unlike other activities where spectators watch the performance, with the choir, even spectators get to join in the worship of the Lord.

Were you in choir?  What do you remember about your time as a choir member?  What was your favorite song?  Was there a concert or event that stands out in your memory?  Please share and let us continue to praise the Lord for His work in and through the choir! 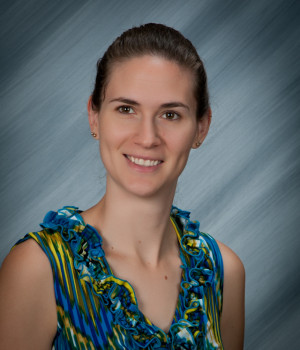 Stephani (Deichmann) Francl is the Development Director at Nebraska Christian. She is a member of the class of 2003, and lives in Central City with her husband and daughter.

Summer Work Days
Back to the Blog
State Track Qualifiers