On May 25, 30 super-stoked and nervous students (most Nebraska Christian students or graduates, like myself) and adult leaders loaded a large charter bus headed to California. For this trip, the Heartland Evangelical Free Church youth group in Central City partnered with Brett Kunkle of Stand To Reason, an organization dedicated to training Christians to intelligently defend the gospel. Our mission was to understand why we believe Christianity to be the only true religion, to grow stronger in our faith, and to become exposed to the different religions/worldviews in the world. The University of California, Berkeley, is a great representation of those different views. We also wanted to “put a pebble in their shoes”—in other words, leave the people we met with something to ponder. I think we accomplished everything we came to California to do and more. Going on this trip, I was afraid that I would forget all of my training and that I wouldn’t remember anything that I learned about worldviews in Mr. Cumpston’s senior Bible class. We were going to survey random people on the Berkeley campus about their beliefs and interact with a few atheists that we had been studying. I was really nervous about talking with the students on the campus because I’m an introvert and I always get tongue tied when I talk to people. This trip really displayed the power of the Holy Spirit over our words. We all felt that 1 Corinthians 2:1-5 was exemplified on this trip (especially verse 3 for me!):

1 And so it was with me, brothers and sisters. When I came to you, I did not come with eloquence or human wisdom as I proclaimed to you the testimony about God. 2 For I resolved to know nothing while I was with you except Jesus Christ and him crucified. 3 I came to you in weakness with great fear and trembling. 4 My message and my preaching were not with wise and persuasive words, but with a demonstration of the Spirit’s power, 5 so that your faith might not rest on human wisdom, but on God’s power. (NIV)

We spent three afternoons surveying people we found wandering around the campus. We split into groups of three or four, equipped with a clipboard full of surveys. (Click to see one of the surveys we used.) These surveys are designed to spark spiritual conversations. Surveying was so much less scary than I thought it would be. I amazed myself by starting and leading several conversations with campus folk. That was definitely the work of the  Holy Spirit! The answers we got back from those surveys also amazed me. Of the eight people I surveyed, not two of them shared the same beliefs. I had conversations with a pantheist, a Muslim, and a Sikh, among others. It was strange to hear from so many different religions because Nebraska is, for the most part, “Christian” (meaning most people have a Christian or church background). I mean, it’s not every day that a guy tells you that “god” is in your shoes, and he seriously means it. All of the types of people I had heard about in Bible class had become “real.”

Many of the people we had conversations with had trouble answering the survey questions.  They had never really asked themselves the “big” questions or searched for the answers to questions like, is there a higher power or an afterlife? Even the people with religious systems had difficultly answering a few of the questions without contradicting their religion. I was just so sad for these people. They were so lost and didn’t even realize it. I feel so much sadder when I realize that it isn’t just those we met in Berkeley who are lost; people are lost all around the world. I now know what a joy it is to know that God has all of the answers! He has given us the answers to the “big” questions through the Bible. The group debriefs after taking surveys.

In addition to the surveys, we were able to interact with three leading atheists from the area. Brett wanted us to be exposed to the arguments that people use against God. On the way to California, Pastor JJ, Heartland’s youth pastor, had given us a few of their articles to read, so we would be prepared for their arguments. In the mornings, one of these men would come to the church that we were staying at, and he would give us a lecture on his article.  They weren’t mean, hateful men out to rip us poor little Christians apart, as I feel many of us are lead to believe about atheists (or maybe that was just me.) These men were all very genial and intelligent. The men, knowing our mission, invited us to ask questions and rebut their arguments.  During the first lecture, most students didn’t speak up, but by the end of the week, we were finally getting the hang of finding the holes in their arguments, and we felt way more comfortable asking questions. It was so cool to see my friends come alive with great questions and make intelligent arguments. A group of students and leaders prepares to meet with an atheist.

We may never know whether we made a huge difference in someone’s life on our trip. I hope and pray that we planted a seed in someone’s heart or put a pebble in someone’s shoe. Regardless, God certainly did amazing things in us on this trip. I love the excitement and energy that all of us possessed when we were having fantastic conversations. I felt so sad to leave that daily fellowship with my brothers and sisters in Christ. I’m excited to see how God uses those tools that we gained on our trip to Berkeley! I feel more prepared to face college and the beliefs that I will encounter there.

P.S. This is only the tip of the iceberg. If you see someone you know who was on this trip, be sure to ask about it! We have a treasure trove of stories to tell! 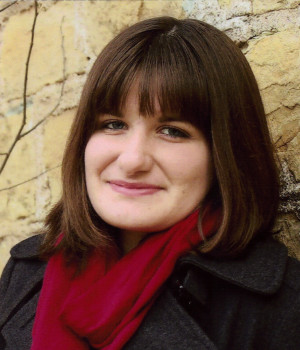 Shanna Bailey is a member of the class of 2013. She is from Central City and attended NC for six years. She is a freshman at Wayne State College.