After a busy summer, the Lady Eagles are ready to dig into action. Coaching in her 7th volleyball season at Nebraska Christian Schools, Tonya Ostrand is ready to lead the girls to an awesome volleyball season. Ostrand’s teams have seen success in the past; in 2008, her team placed 3rd at conference and reached the sub-district finals (17-12 record), and last season, the team posted a 17-10 record.

The 2013 team is young, as 14 out of 19 players are underclassmen, and 8 members are new to the squad. However, this year’s team has five returning letter winners and brings a lot of varsity experience to the court.

Ostrand says she will need to work to develop depth and unity. One way she does this is through team suppers and activities. Also, many of the girls participated in team camps, league, and open gym in the summer, all of which help with skills and unity.

Ostrand feels this year’s squad is a competitive group, and she expects them to play well. Some of her goals for this season are to post a better record than last year, to show improved volleyball skills, to grow as a team, and to grow spiritually in the process. 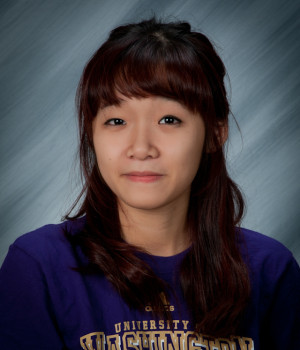 Dan Tran is a member of the class of 2014. She comes to NC from Ha Noi, Vietnam, and lives in the Girls' Dorm throughout the school year.

2013 Cross Country Preview
Back to the Blog
2013 Football Preview