Senior Natnicha (Sophia) Songthangtham made Nebraska Christian history this year when she became the first international student to be elected student body president. Sophia, who is from Bangkok, Thailand, has attended NC for five years, and in addition to being student body president, she is also the editor of the yearbook, ranked in the top 6% of her class, and active in choir and ensemble.

I recently spoke with her about her goals as she leads the student council.

Why did you run for president?

After being here for almost five years now, I wanted to give more “international” input to the school. At first I wasn’t going to run for this position or any position at all, but with the encouragement I had from friends and teachers, I decided to just do it! Also, I’d heard that there had never been an international president at this school, so I thought I might as well try to be the first!

What are some of your goals as student body president?

I really want the school to be united. One of my goals is to get to know everyone and get people to be “mixed up” a little because we are a small school, after all. Being here for quite a while now also gives me the ability to relate to both Americans and international students. I also want to get the internationals to be more involved and get to know the Americans better.

How will you make this student council different from past councils?

I really don’t know much about being in the student council, but I know that I want this student council to be serving other students at this school. I want us to keep our eyes open and see what kind of things we can help this school with. Something that’s different is probably having lots of service and all-school activities.

What challenges do you face in leading the student body?

Besides planning pep rallies and all-school activities, what things do you hope to see the student council accomplish this year?

As I mentioned earlier, I hope to see the student council serve other students. Not only that, but I also hope to get the school involved in service for the community. I believe being Christians mean serving others just as Christ came to serve. Having fun can be done in many different ways, and I hope that the student council can somehow make this fun.

What are your plans for the future?

How did you end up at Nebraska Christian?

I think God wanted me here. After being in California for fourth and fifth grade, I went back to Thailand. I had a rough time adjusting myself back to the system in sixth grade. So my mom looked online for a Christian boarding school and found several schools, including Nebraska Christian. My parents told me that if I wanted to study abroad, it would be in the country. I didn’t really care at that time; I just wanted to get away from the school I was attending. I had no idea they meant this kind of “country.” But now, I am really thankful and blessed to be here. I cannot imagine what my life would be like if it wasn’t for this wonderful blessing of God. 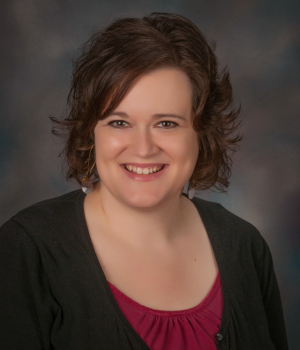 Becky Ritta is the Media Relations Specialist at Nebraska Christian. She is a member of the class of 1999 and lives in Central City.

Rittas, Thiessens Receive Hall of Faith Award
Back to the Blog
Festival Postponed to 2014