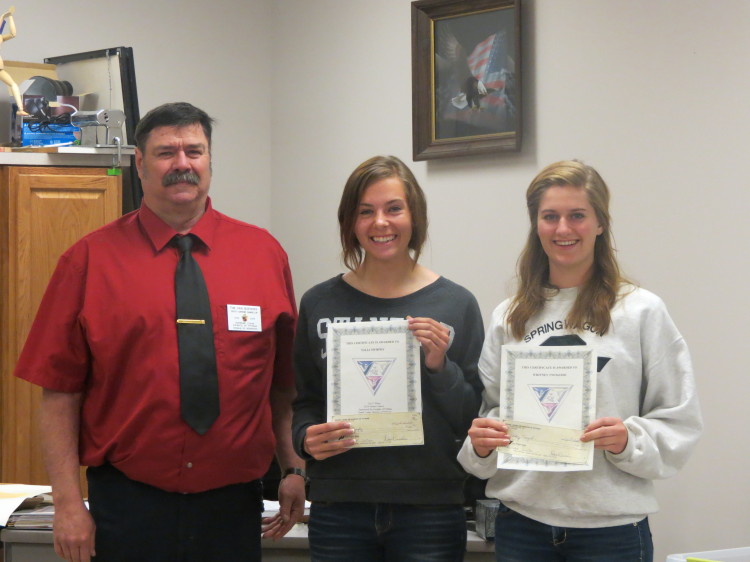 Seniors Talia Murphy and Whitney Twogood have been honored by the Knights of Pythias for their submissions to its 2014 poster contest. This year’s theme is “Don’t Be a Bully, Be a Friend.” Tim Van Boening, Deputy Supreme Chancellor of the Grand Lodge of Nebraska and 1976 NC graduate, surprised the girls with their awards during their art class. Twogood, who won the state competition last year and placed 6th in the national contest, received second place honors. Murphy won the competition, and her poster will go on to compete nationally.