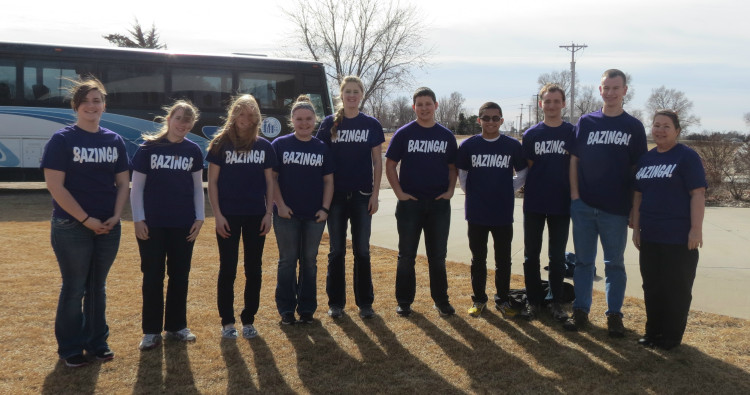 On April 2nd, the Nebraska Christian High School Quiz Bowl team traveled to Fullerton to compete at the ESU District Meet. Overall, the team did a great job in terms of students’ performance. The team won their first round match, but lost their next match by 5 points, which is one question, to Columbus in the second round. After winning three rounds in the loser’s bracket, the team faced High Plains, which the team lost to in a tiebreaker. Dee Flynn, who is the Quiz Bowl coach, said, “We were so disappointed, and we had hoped to move on to the State Competition in Holdrege where we had represented our school the past two years. However, we did feel a little better when we learned the next day that High Plains proceeded to beat Columbus twice in the final rounds to win the competition.”

She went on to talk about the strengths at the meet and the keys to succeeding at quiz bowl. Members of the team must be knowledgeable about various areas: math, science, English, geography, history, government, music, and the arts. There are nine members with diverse interests that cover all these areas.

Next year’s quiz bowl team will lose three seniors. Scott Smith and Beran Fisher are 4-year veterans, and both are very strong in history and government. Zoe Flynn has been a great asset this year, handling many of the upper level science questions. Coach Flynn is looking forward to having the 8th grade members of the junior high team join the high school team next year.