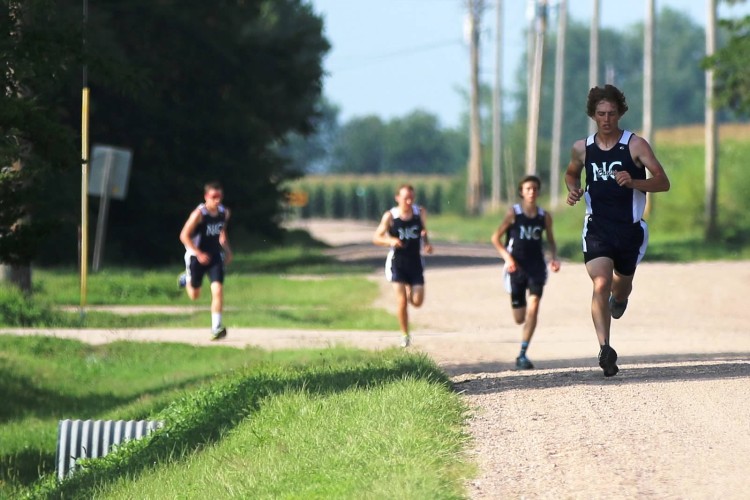 On Friday, August 22, the Cross Country team gave a “sneak preview” of the upcoming season at the elementary carnival. The team ran two races, a boys’ race and a girls’ race. The race took place on the NC campus in a custom-made one mile course. Parents, teachers, and school supporters were asked to bring popsicles as a means of admission, in order to provide the team with enough refreshments to last them the entire season. It was also a great chance to showcase the runners to their parents. However, the race’s real purpose was to give everyone a benchmark for their beginning of the year mile time.

Coach Janet Landrigan had this to say about the team: “One of our biggest goals this year is to help everyone enjoy running, to improve their abilities and strength, to enjoy their teammates, and in whatever they do bring glory to God. One of the ways the Lord has blessed this team is how much the team already enjoys running together. They understand each other, know how hard everyone is working, and respect each other. They build up one another, and they’ve learned to really encourage all runners to do the best they can and give the glory to God. Their focus is not on winning, but on Him.”

Best of luck to the team this season. We hope that they will keep their focus on God and give Him glory in everything they do. Changes Come to NC
Back to the Blog
2014 Football Preview