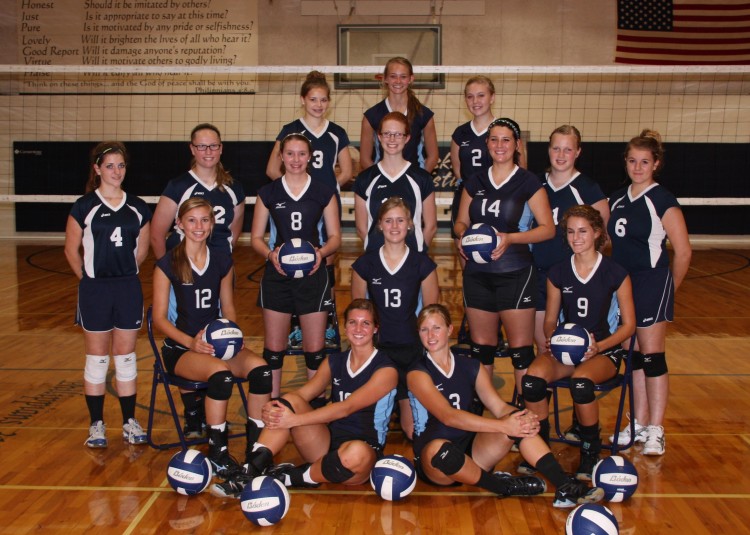 With a new year beginning for Eagle Volleyball, many people are excited to see what’s in store for the team. Rolling off of a successful season from last year, there are some expectations to live up to for this season. Head Coach Tonya Ostrand said, “I don’t know if this team is that different from most of the teams of the past, but they do have expectations after last year’s season. They expect to play well.”

This year there are 15 players on the volleyball team with five returning starters/letter winners, those of whom are seniors Amber Mazankowski and Emily Simmons and juniors Cassidy Ostrand, Alexis Hower, and Whitney Heuermann. “The girls have been working hard. With the five returners, that is always a good start. We also have a couple newcomers [to the varsity team] in Claire Ostrand, Reagan Williams, and Tara Murphy that should help us be competitive,” mentioned Coach Ostrand.

When asked about how the team is glorifying God on and off the court, she said, “At this point [in the season], I’ve been seeing a lot of teamwork. The older, more experienced players have been helping out the younger ones. So I’ve seen them putting others first and looking out for others as well.” This year Coach Ostrand would like to see the girls continue to improve. She said, “If we can get better at blocking and playing defense, we can be a very good team.” In conclusion, we all hope and are praying for a wonderful and memorable season for the girls this year.

The volleyball season kicks off tonight, September 4, with a quad at home. NC plays Heartland Lutheran at 5 p.m. and Palmer at 8 p.m.