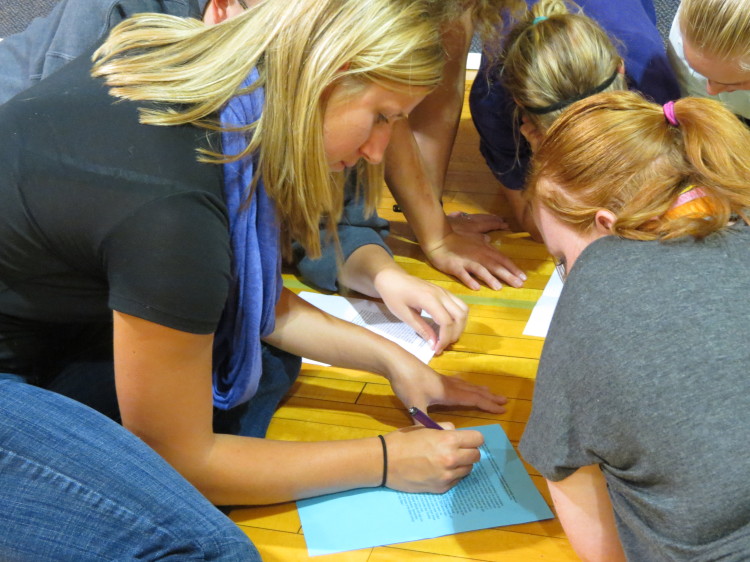 Last spring, as the seniors reflected on their time at NC, they voiced two regrets: First, they felt rushed in going to class immediately after chapel without getting a chance to reflect on the message they heard. Second, they felt as though they were not given enough opportunities to mentor the younger students.

This year, a solution was created to solve these two problems: E-Groups. The idea behind E-Groups is that the students will break into groups with other students of the same gender, with varied ages from Junior High to Senior. The groups meet after chapel, and group members reflect upon what they just heard and discuss it further. There’s also an opportunity for group members to open up to each other and pray for one another.

The E-Groups also give the seniors the chance to mentor the other students. During the senior retreat, the seniors practiced leadership specifically for the E-groups through various games and activities. The juniors were also taken out of class one day to practice leadership skills.

On Friday, August 29, afternoon classes were shortened to allow time for an “E-Groups preview.” During the preview, everyone met with their group members, and they participated in several games and team-building activities.

On Wednesday, September 3rd, the students had their first E-group session after Pastor Zeke Pipher’s chapel. E-Groups will continue to meet following most chapels and on other special occasions.