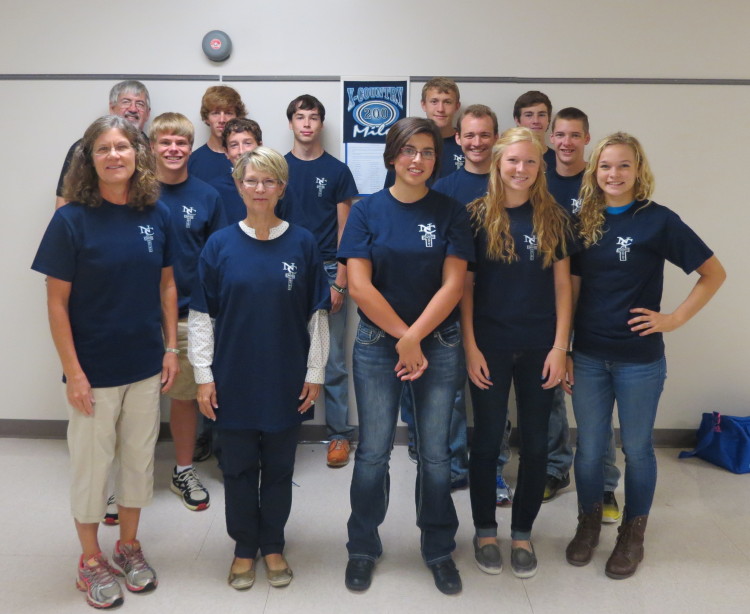 In 2012, NC Cross Country Coach Janet Landrigan expanded The Club to include a “350 Elite” and “500 Gold” status. Those athletes running 350 miles or more over summer vacation would receive a pair of “350 Elite” running shorts. If an athlete was able to run 500 miles or more over the summer vacation, they would be awarded a “500 Gold” running jacket.

“The 200 Mile Club is a fun way to motivate athletes to run during the summer,” says Landrigan. “It helps build the base they need to be competitive during thecross country season.” Junior Cameron Langemeier had this to say: “Running over the summer is really hard to do when you have a busy summer life, but it definitely pays off.” As Langemeier pointed out, the 200 Mile Club isn’t an easy time commitment, but it’s rewarding in the end.

The following athletes are members of the 200 Mile Club:

Meet an Eagle: William Le
Back to the Blog
Stephany Krieger (’11) & Dustin Jackson