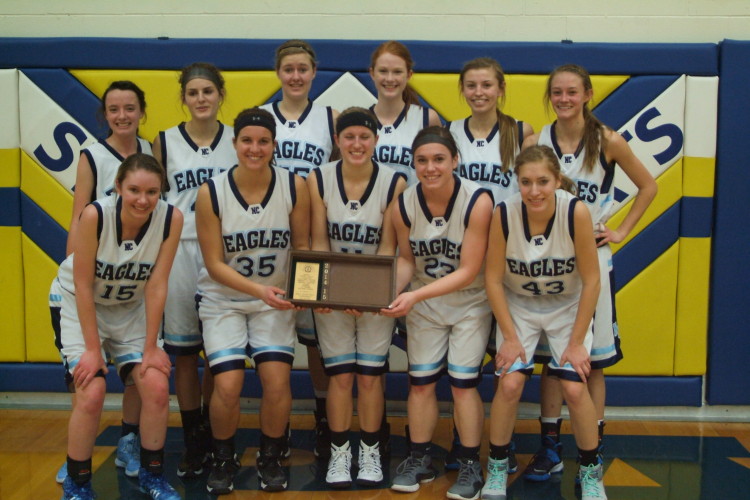 On Tuesday, January 20th, the Nebraska Christian Girls’ Basketball team went up against the Heartland Lutheran Red Hornets in the Goldenrod Conference Tournament. The Lady Eagles kept a consistent lead the entire game, scoring 15 points in both the second and fourth quarters – a good nine points more in each quarter than the Lady Red Hornets. Lady Eagle junior Cassidy Ostrand was the team’s lead scorer with 13 points. Seniors Amber Mazankowski and Emily Simmons had five rebounds each against Heartland Lutheran. The Lady Eagles came up with a win of 47-23.

The Lady Eagles advanced in the tournament to play Fullerton in St. Paul on Friday, January 23rd, in the semi-finals. Fullerton’s Lady Warriors took the game by scoring double the points of the Lady Eagles in the first half. Fullerton won the game 40-25 and went on to the Goldenrod Conference championship game to play Humphrey St. Francis and win 45-43. Nebraska Christian went on to play St. Edward in the consolation game on Saturday and won 47-16. The high scorer of the game was junior Whitney Heuermann with 12 points. Junior Cassidy Ostrand contributed 11 points, and sophomore Alyssa Prettyman had 10. The Lady Eagles took third in the conference tournament for the highest finish in Nebraska Christian Girls’ Basketball history. Congratulations to the Lady Eagles on their tournament wins and for making history once again!