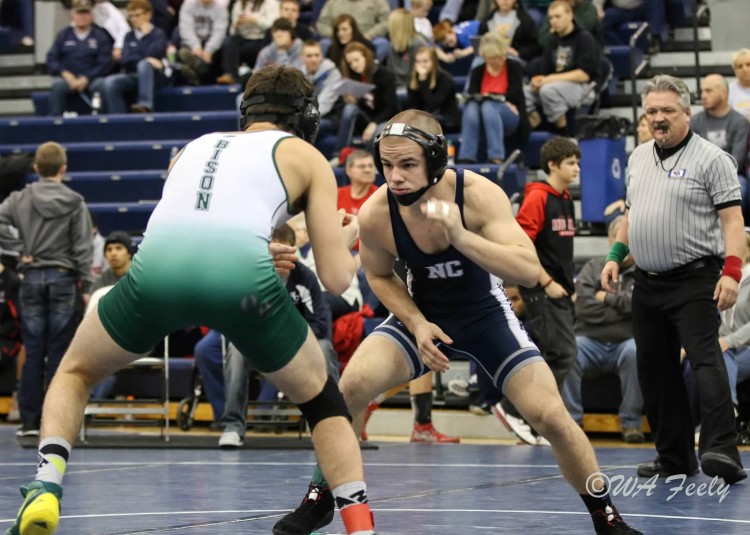 Jaydon Elge, a sophomore at Nebraska Christian, has been wrestling for as long as he can remember and will keep wrestling until he forgets how. Jaydon is currently ranked number one in the state in Class D, 138#. With a record of 25-0, he is on his way to a very successful season with high hopes for the district and state tournaments. Last year, as a freshman, he placed 4th at the Class D Nebraska Wrestling State Championship, and his goal this year is to take home the gold medal.

On November 1st, 2014, Jaydon traveled to Cedar Falls, Iowa, for the Pre-Season Nationals Wrestling Tournament. He wrestled nine matches and he finished the day with seven wins and two losses. He is coached by his father, Terry, who also coached Jaydon’s brother Isaac (’12) and brother-in-law Mike Swanson (’08) to state titles.

As the district and state meets approach, Jaydon is working hard to lead team to a successful season. The wrestling team lives by the verse Proverbs 27:17 – “As iron sharpens iron, so one man sharpens another.”