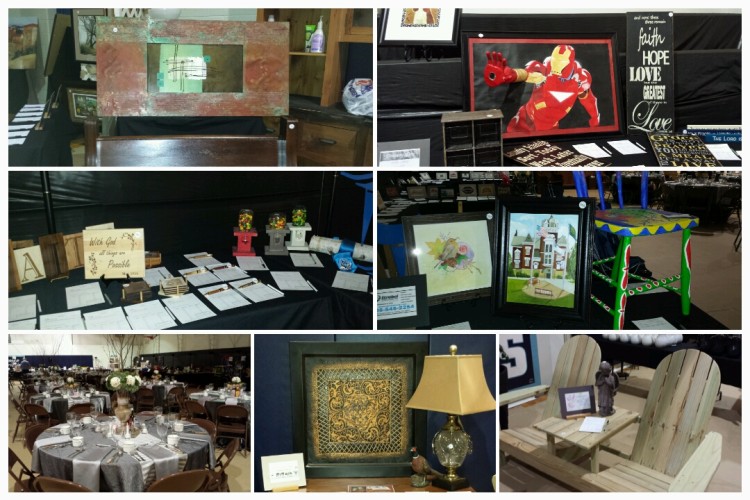 Dinner & Benefit Auction: Looking Back and Looking Ahead

by Hope Baldwin and CJ Ruybalid

The Nebraska Christian Dinner & Benefit Auction was birthed in 2001 as an idea inspired by former superintendent Dr. David Edgren. He approached former special events coordinator Kathy Chase, asking her to organize an auction for the school to raise funds. Since the auction’s inception, it has helped raise over $1.2 million for Nebraska Christian. The average amount of money generated from the live, silent, and scholarship auctions is $170,000 to $180,000. Current special events coordinator Kristy Langemeier said, “We would be blessed to reach the $200,000 goal again this year as a total for the entire auction.”

The preparation for the auction starts the 1st of December and stops at the end of April. There are many people involved in putting the event together and that helps pull the event off.

“There are so many people involved. There are two on staff in the special events office, a 15 member acquisitions team, servers, accountants, volunteers, band members, and caterers. You could say the Lord truly blesses the event with willing servants toward NC,” said Langemeier.

Those who have attended the auction in the past will notice some changes this year. The biggest change is that Bruce McDowell, Nebraska’s 2014 Auctioneer of the Year, will be the auctioneer. “Another thing that’s different this year is we have a lot of student-made projects from the industrial arts classes,” said Langemeier. “The addition of these items has helped make this our largest auction to date.” The students in Mr. David Gee’s shop classes have made a variety of different items for the auction, including a hand-made shed, wall hangings, and gumball machines.

The many people involved in the auction are blessed to be a part of something bigger than themselves and something that opens the door of opportunity and furthers the education of many students. Langemeier also said, “The Lord has used this event in my life in so many ways. He has taught me the spirit of service through the examples I see everyday at school, a spirit of giving, and most of all reliance in Him. Without keeping Christ the center of the whole event, it will not bring Him glory, and that is what is most important!”

The community of Nebraska Christian coming together in fellowship to support what NC is all about is an encouraging thing to see through this event. The Lord uses the Benefit and Dinner Auction in many lives, from the coordinators to the students who receive the scholarship funds to attend Nebraska Christian, this event is a blessing to all.