If you were to poke your head into the school’s library this year, chances are you would see a new face! The NC staff has yet another wonderful addition in the form of Ronda Jividen. This year marks her first year working at Nebraska Christian as a study hall monitor and teacher’s aide. Mrs. Jividen is not unfamiliar with the schooI, however, as her husband Chad (‘90) and eldest daughter Jamie (’08) are both alums. Three of her younger children, Kendyl (8th) , Anthony (7th), and Christian (preK) are currently enrolled at the school.

Mrs. Jividen attended Northwestern College in Orange City, Iowa, before marrying Chad. Their large family includes seven children: Jamie, Ashley, Madison, Kendyl, Anthony, Aaron, and Christian. Before beginning her time at Nebraska Christian, Mrs. Jividen mainly kept busy with homeschooling her children. She and her husband also opened up their home to multiple children through foster care and adoption. Her decision to work at NC as a study hall monitor/teacher’s aide stemmed mainly from her desire to help children in their quest for education and assist them in meeting their full potential as students. When asked what part of Nebraska Christian she enjoyed the most, Mrs. Jividen responded, “AII of it!”

Mrs. Jividen’s faith spans across most of her life. She accepted Christ at a young age, largely due to the Christian influence of a Sunday school teacher who weekly impressed the truth of the Gospel on his students. The school is truly blessed to Mrs. Ronda Jividen on staff. 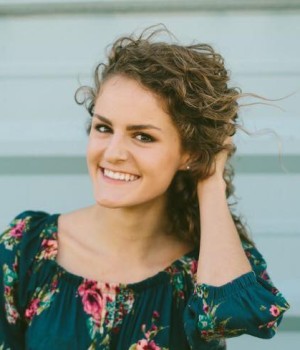 Tara Murphy is a senior at Nebraska Christian. She has attended NC for four years. Tara enjoys a variety of things, such as sour gummy candy, the five hour long "Pride and Prejudice" series, and succulents/cacti.