Posted by Christina Bailey on November 20, 2015 Senior Jack Nelson is one of Nebraska Christian’s talented art students. During study hall and in his free time, Nelson can often be found sketching awe-inspiring pieces of art. Recently, he submitted a self-portrait in pencil into the Nebraska’s Best exhibition. His work, along with submissions from high school students from 18 southeast Nebraska counties, was reviewed by the University of Nebraska-Lincoln Art Department.

The submitted works are on display in a show entitled “Nebraska’s Best: High School Artists from Southeast Nebraska,” at the Eisentrager-Howard Gallery on the UNL Campus. The show runs through November 24th.

Due to his outstanding work, Nelson received a $100 dollar award and a notice that his work was particularly special. Nebraska Christian’s art teacher, Mrs. Renate Johansen, stated, “I am really excited that Jackson received the recognition he deserved. He has a lot of talent!”

You can read more about the exhibition on the UNL website. 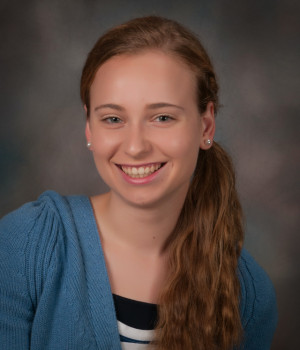 Christina Bailey is a senior at Nebraska Christian and has attended the school off and on for five years. She currently resides in Central City. Christina enjoys slurping frozen caramel coffee drinks, binge watching Korean dramas, and reading new books into the late hours (but not on school nights, of course). Please feel free to leave confectioneries in her locker at any time (it’s either the second one on the left or the second to last one on the right, depending on which direction you’re facing).

Meet an Eagle: Noah Dexter
Back to the Blog
Myers, Flynn Selected to All-State Choir