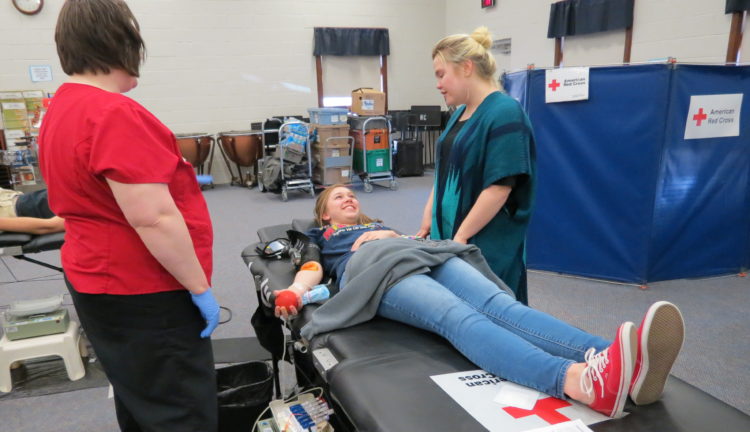 On April 12, 2016, the Nebraska Christian Student Council hosted their annual blood drive with the American Red Cross. The music room was the headquarters for the blood drive, which the student council at Nebraska Christian ran. Several senior boys volunteered their time in the morning to help unload the Red Cross truck.

A total of 27 people donated, 14 of whom were first-time donors. The donors were NC students, staff members, parents, and alumni. At the end of the day, 27 units of blood had been donated, which was 142% of their original goal. Miss Becky Ritta, the student council adviser, had this to say on the outcome of the blood drive: “I was so pleased and surprised at how successful our drive was! Because we had to reschedule twice due to bad weather and a Red Cross conflict, I wasn’t sure if we’d have a good turnout. The day before the drive, we only had 13 people signed up. But when the drive started, people kept stopping in to ask if they could give. This is the most donations we’ve had in at least 5 years.”

Nebraska Christian and Red Cross would like to thank everyone for their help with the blood drive and those who donated.