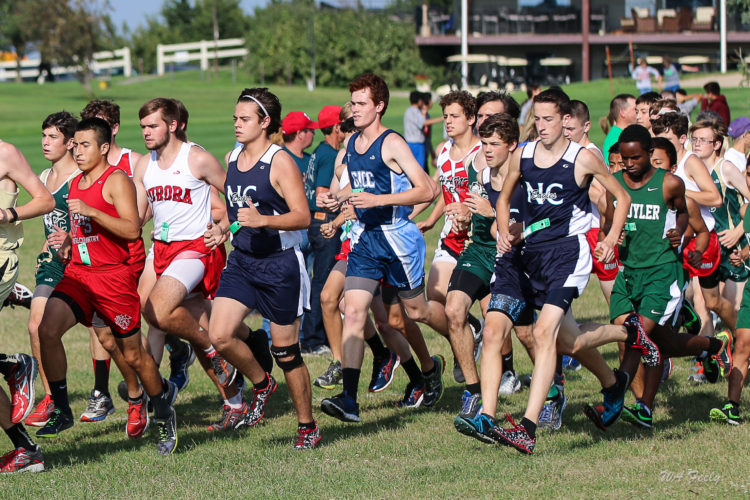 Posted by Brad Hilderbrand on September 23, 2016

The Nebraska Christian Cross Country team has started a new season of running. There are 14 senior high runners and 4 junior high runners who are coached by Scott Johnson and assisted by Larry Hoff. Some of the coaches’ goals for the year are to have the runners improve their times during the year and to see the runners work together as a team to improve the team’s scores. The coaches expect the runners to give their best effort to help the team and to honor the Lord.

Coach Johnson, who returned to coach the Eagle cross country team last year, shared his thoughts about the season: “We have several new people on the team, and we are a young team with only one senior and three juniors. I think we will get better as the season progresses.”

Katie Nyberg, a junior this year, talked about the cross country team: “Cross country brings people together, and I love the girl’s team; we help each other through the good and the bad.”

The cross country team has already had several meets this season. Upcoming meets are at Boone Central on September 23 and Hastings St. Cecelia on September 30. 2016 Volleyball Preview
Back to the Blog
Carnival Promotes New Friendships