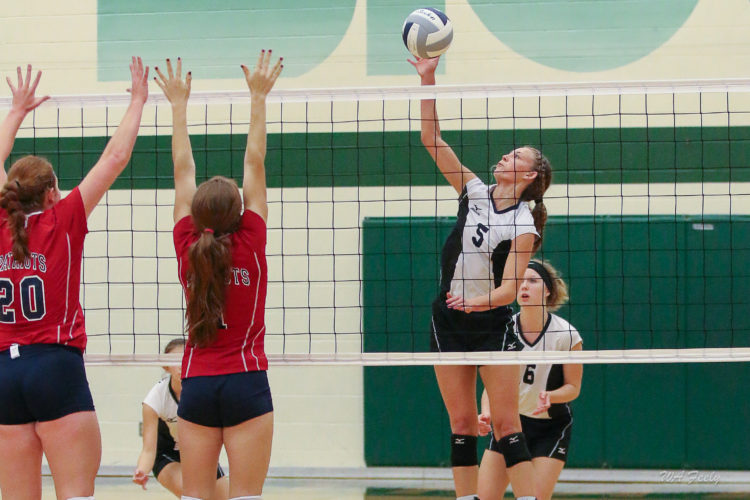 Posted by Brad Hilderbrand on September 26, 2016

The Nebraska Christian Volleyball team began its season with 25 girls ready to take the court. They are coached by Tonya Ostrand, who is in her tenth year as head coach of the Eagles. She is assisted by Britta Landrigan. Their plan is to continue to improve with the girls returning from last season and to give many of the young players a chance to earn some valuable experience this season. The coaches would like to see the girls work to get to a Goldenrod Conference championship game and make a trip to State at the end of the season. The coaches say the team needs to work on passing and serve receive, and they need to replace several players from last season. With only one senior on the team, the eight juniors will need to step up and help lead the team, which is also made up of nine sophomores and seven freshmen.

Coach Ostrand shared her thoughts: “We are looking forward to competing against other teams to see where we are. The girls have been working extremely hard.”

Junior Corryn Falk shared her expectations for the season: “Expectations for this season remain high as we hope to compete for another conference title and make it deep into post season play. We lost a lot of experience and leadership from last year, so having younger girls step up to fill roles will be huge.”

The varsity team currently has a 8-4 record. Up next is Centura at home on the 27th and the Humphrey St. Francis triangular on the 29th.