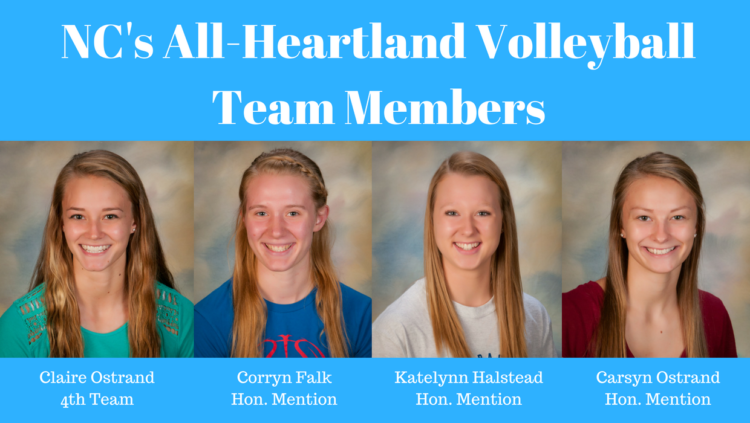 You can read more about the All-Heartland teams here.

The same four players were named to the Goldenrod All-Conference teams. Claire Ostrand and Carsyn Ostrand were named to the First Team, while Corryn Falk and Katelynn Halstead received honorable mention honors.