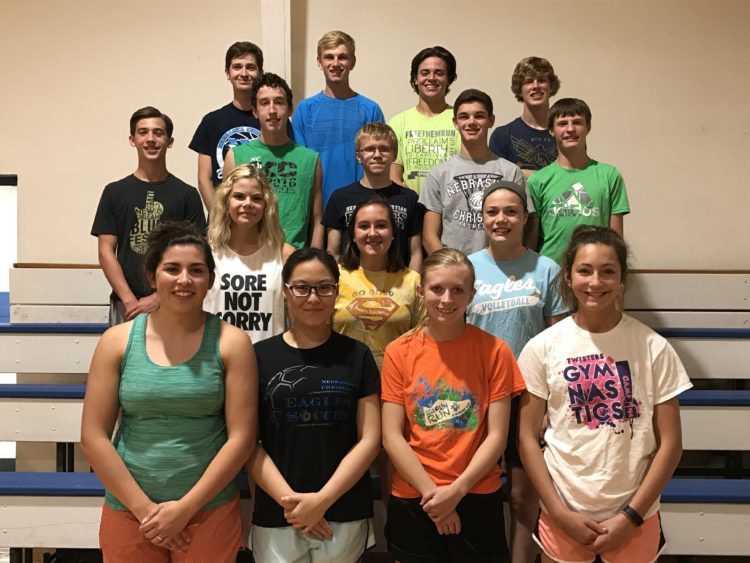 Hot sun, long runs, side aches, and popsicles are just a few of the trials and triumphs the Nebraska Christian Cross Country team will experience this fall. For numerous members of the team, the season actually started at the beginning of the summer. The top four members of the boys team put in a combined total of over 1000 miles of hard work over the summer. Similarly, many members of the girls team put in much time and effort.

Official team practice began on the 9th of August, a first for the Cross Country team, as just this last year a new NSAA rule allowed cross country practice to start at the same time as both football and volleyball. This allowed the team to get some extra milage and bonding in at the wonderful time of 7:00 A.M. (After school started, practice switched to immediately after school.) The competitive season opens on Friday, September 1, at Albion.

The boy’s team returns four letter-winners with a full team of ten, while the girl’s team returns one letter-winner in a team of six. Scott Johnson, the head coach, had some very encouraging words about this season, saying, “I am really excited about this year! A number of people put in good mileage over the summer, which sets us up well for the season. We have the most experienced and deepest team we have had in my twelve years of coaching here. I’m looking forward to seeing how we improve over the season, and I think the boys team has a good chance to qualify for state.”

Johnson also spoke about the overreaching goal for the season: “Our priority is to honor the Lord in how we run and to run the race as to win, spiritually and physically.”

Overall the team feels very optimistic about the upcoming season, looking to rebound from a 2016 season that ended with disappointment at the district meet and working hard toward the ultimate goal of glorifying Christ. 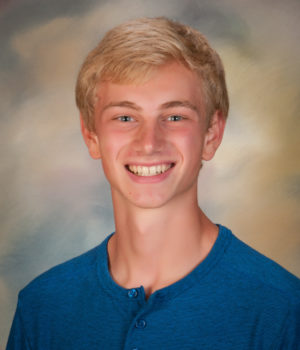 Brennan Nokelby is a member of the class of 2018. He also participates in cross country, basketball, track, quiz bowl, and is treasurer of the student council. Coming from Marquette, Nebraska, he enjoys water sports and reading outside of school.