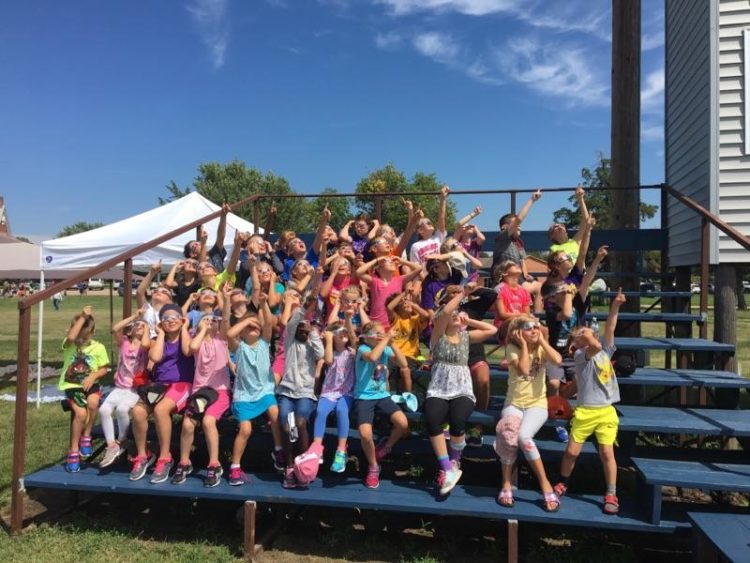 The Great American Solar Eclipse took place on Monday, August 21, 2017, and Nebraska was in the path of totality. Thousands of people flocked to the middle of Nebraska to see the rare, jaw-dropping event.

Nebraska Christian’s junior high and high school students were transported on buses to The Christian Resource Center in Giltner, where speaker Brian Young of Creation Instruction Association told how this event magnified the glory of God, and provided evidence for a Creator instead of just a giant “bang” or explosion that happened to cause life on earth, as so many people believe. Sophomore Josie Maberry said about Young’s message, “I thought it was very informative, and I thought he was very funny.” Freshmen Shelby Swanson and Olivia Janssen monitor the progress of the moon.

After Young spoke, the students were separated into their Encouragement groups to get to know each other better.The groups consist of students from each grade and are typically led by the seniors. The E-groups met throughout the day, playing fellowship games and finding out basic things about one another that nobody would normally know, while watching the movement of the moon at the same time.

The eclipse itself struck awe in many students. Sophomore Kindra Watson said, “I think it was amazing to see God’s awesome design and how we can see it so intensified that not many people will see ever again.”

While the junior and senior high were up in the hills outside Giltner, the elementary students of Nebraska Christian stayed on campus. Sixth grader Christopher Medlock said, “We went outside every 15 minutes to see the process, and then when it was covered we watched it on the football field. It was really cool.” Every time they took a peek outside, they charted where the moon was, and what was going on. And when the big moment came, all the kids were herded onto the large playing field to watch this act of God.

There is no doubt about it. The students benefited from the fellowship, while witnessing a phenomenon they may never see again.

Above: The elementary students experience the solar eclipse. 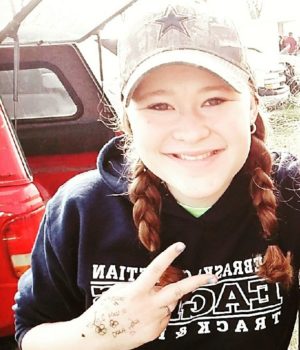 Madi Felt is a member of the class of 2019. She has volunteered for many service and mission trips, following her Lord and Savior, Jesus Christ. She currently resides outside of Central City with her family and overweight cat, Nala.