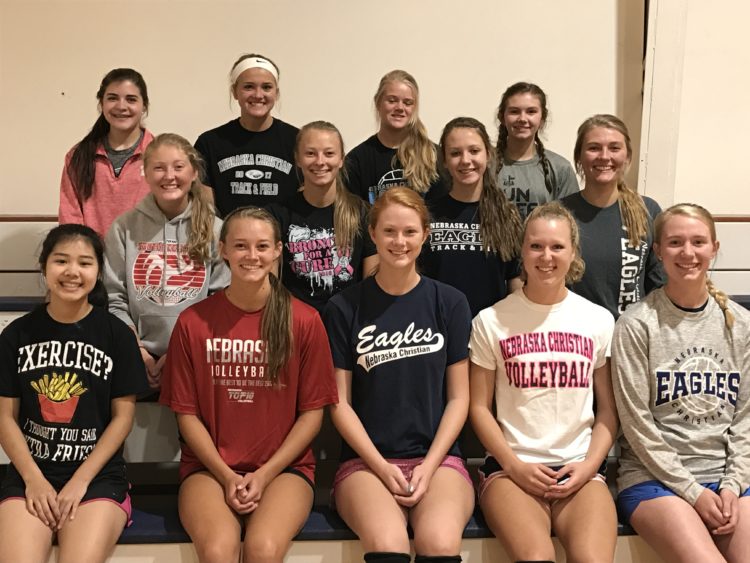 Volleyball Team Looks to Build on Prior Success

Expectations for the Nebraska Christian volleyball team remain high as the Eagles are preparing to start another season. Five seniors, four juniors, and four sophomores will make up this year’s squad. Although the team consists of just thirteen players, the Eagles make up for the lower numbers with experience and quality. When asked what her expectations were for the team this year, Head Coach Tonya Ostrand simply replied, “High.”

The team is coming off a successful season where they finished with a 23-9 record, losing to the eventual state champions, the Stanton Mustangs, in the district final game. The Eagles are hoping to not only match what they accomplished last year, but build on it as well.  Junior Adrienne Falk also shared her expectations for the season. Falk said, “I am very excited for this season and to see what we can accomplish as a team this year. We have an amazing group of girls and great coaches, and it will be exciting to see what God has in store for us.”

The Eagles will have two exhibition matches at the Nebraska State Fair on August 26th and will kick off their regular season schedule the following Thursday with a quad at Heartland Lutheran on August 31st. 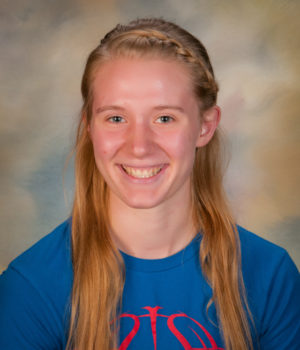 Corryn Falk is a member of the class of 2018. She participates in volleyball, basketball, and track. Corryn has attended Nebraska Christian for three years.