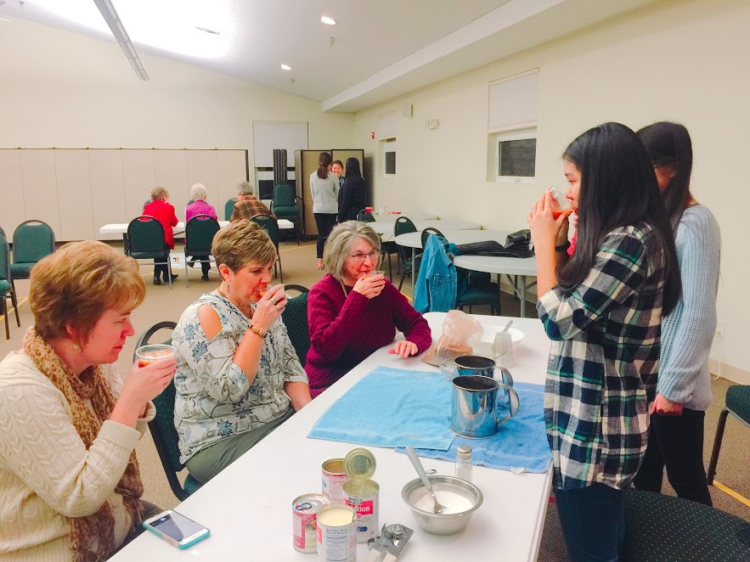 One of the most unique aspects of Nebraska Christian Schools is having international students as a part of the community. Kaitlin Flynn, the girls dorm mother, partnered with the Central City Library to create an event, a Tea Ceremony, at the old building of Heartland Evangelical Free Church on November 13. There are 16 girls from six different countries in the dorm, and they decided to represent teas from Kenya, Thailand, China, and Japan. Eight women from the Central City area participated in the event, learning how to make Kenyan tea, Thai tea, Matcha tea from Japan, and two kinds of tea from China.

They started the event with prayer, giving thanks to God as He gathered all the different people from various places to one place. The women were separated into three groups as they went through each of four tea tables. Four girls (one from each country) prepared the teas. As they were showing how to make the teas, the girls had great conversations with the women, sharing their cultures and backgrounds.

Flynn stated, “It amazes me that nearly every single culture in the world has tradition involving tea. I thought tea would be a fun way to share the different cultures represented at NC and to use something we have in common to celebrate our differences.” Tea doesn’t only show how different we are, but it also tells the background of each country; for example, China is usually cold in winter; therefore, they drink hot tea. Thailand, on the other hand, is always hot, so they drink the tea with ice. Jean Joy Wambui Kamau, an international girl from Kenya, said excitedly, “The best part of the tea ceremony was the opportunity to talk with the different ladies who came and just see how interested they were in getting to know about tea in our different countries. It was so much fun making tea for them.” 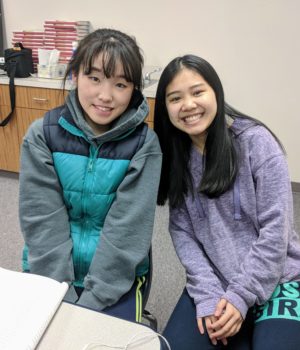