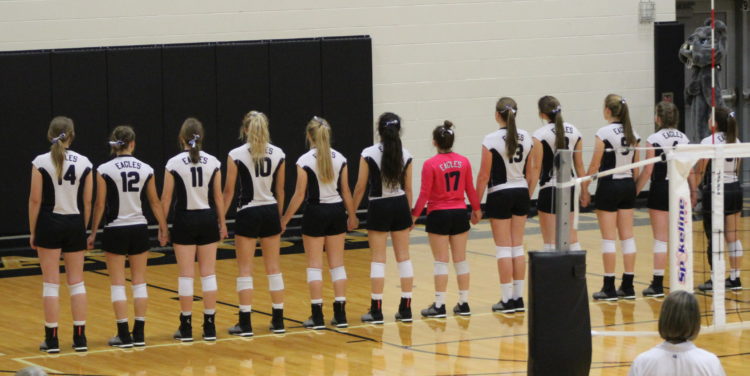 The 2018 Lady Eagle volleyball season was one to remember. The team ended the season with a 26-5 record, a conference championship, and a trip to the state tournament for the second year in a row, after defeating Giltner in five sets for the district title. (At the end of the season, the team was ranked sixth in Class D-1.) The team’s success was greatly attributed to both underclassmen and upperclassmen who stepped up to fill crucial roles on the team. Junior Kendyl Jividen said, “This volleyball season provided a lot of players with new opportunities, as we lost three key players. A lot of people rose to the occasion and played positions they weren’t quite used to. I am very grateful I was a part of a team that sought to win every game. Since we had a lot of freshmen playing, teamwork was even more important to help them play confidently.”

The team was forced to pull together and communicate even more than usual in order to help out the underclassmen. Freshman Molly Griess added, “Volleyball was a huge transition this year going from junior high to playing as a highschooler. I really loved how much faster-paced the game was, and it was a huge challenge to face. Sometimes it was pretty intimidating to play with all of the super talented upperclassmen, but they are all super patient and kind, and I learned a lot from them not only about volleyball, but also how to be a team player and play for the glory of God.”

Unfortunately, the team suffered a first round loss at state to Pleasanton in three straight sets. Even though the season didn’t end exactly how the team had hoped, the lessons learned, relationships built, and the whole state experience are all things that the girls will not forget anytime soon. 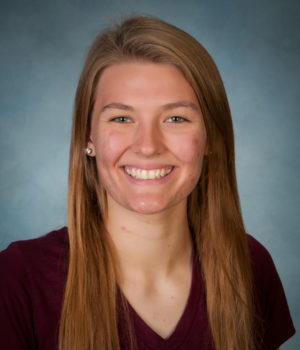