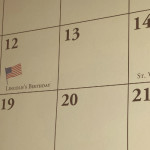 Keeping Up With NC

Nebraska Christian hosts many exciting events throughout the school year such as sporting events, choir concerts, fundraisers, and so much more! These events are a great way to bring the staff, student body, and community together as a whole....

Nebraska Christian students encountered many changes when they stepped back on campus in mid-August. One of these changes is the addition of staff members. Mrs. Karmen Hamer is the new English II, English IV, and drama teacher. Mr. Rich Musgrave... 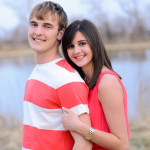 Fred and Lori Hofmann of Sutton, Nebraska, are pleased to announce the engagement of their daughter, Heidi Marie, to Derek Michael Rose, son of Ron and Jo Rose of Aurora, Nebraska. The couple is planning a June 14, 2014, wedding at Emmanuel...