Posted by Chris Hilderbrand on February 11, 2015 Originally, Mrs. Renate Johansen was planning to be an English teacher when she enrolled at Doane College, but the thing she noticed on classroom visits was that the students didn’t really seem to like the class. This upset her, as she wanted to work with students who wanted to be in the class and would enjoy her teaching. Eventually, she switched her major to Art.

After graduating, Johansen took a job teaching K-12 Art in Deshler from 1996 to 2002, and from there she turned to teaching homeschool art.

NC’s superintendent Josh Cumpston approached Johansen earlier this year, asking if she would come to NC to fill a void in the art department. Originally, she refused because she was already busy teaching her own children as well as the others in the homeschool group. But over time, after hearing Cumpton on the radio and spending time in prayer, she felt that God was calling her to teach at Nebraska Christian. She began teaching the Art I & II classes three days a week when school resumed in January.

Johansen says that she especially likes three things about the school: the international program, starting the class period by going to God in prayer, and the respectful attitudes displayed by the students here. 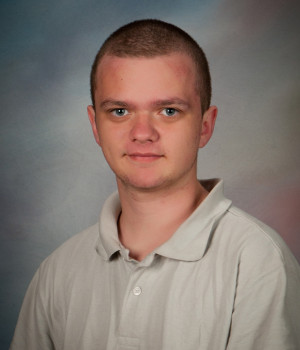 Chris Hilderbrand is a member of the class of 2015. He is from Central City.