The dorms at Nebraska Christian are trying a new program this year called Adopt a Dorm Student. Much like the name of the program, students in the dorm can go stay with a family in the Central City area...

On Thursday, September 3rd, Nebraska Christian Schools had a water problem that caused an inconvenience for students and staff. The water line between Central City and NC had broken, so the water stopped around 12:00 p.m. Mr. Gib Killion said, “There...

This article begins a new series on our blog called “Meet an Eagle.” Each article will introduce you to one of our NC students. William Le is one of the many international boys who lives in the dorm. He is originally...

A Day at the Lake

Our dorm boys recently spent a day at Timberlake. Check out this video of their time there. 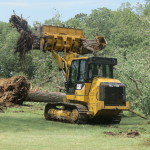 Nebraska Christian students encountered many changes when they stepped back on campus in mid-August. One of these changes is the addition of staff members. Mrs. Karmen Hamer is the new English II, English IV, and drama teacher. Mr. Rich Musgrave...