Mr. Cumpston makes the “we have no water” announcement to the student body.

On Thursday, September 3rd, Nebraska Christian Schools had a water problem that caused an inconvenience for students and staff. The water line between Central City and NC had broken, so the water stopped around 12:00 p.m. Mr. Gib Killion said, “There was too much pressure on the 12-inch water main line; the line cracked down the length of the pipe about 5 feet. That’s why there was no water on Thursday around 12:00. At 6:30 we had the water back for non-potable water; therefore, we needed to get bottles of drinking water from Thursday to Saturday after lunch, at which time, the state passed the water test, so we could drink it again.”

Whining and moaning were aroused without water in restrooms and water fountains in the school building. People could neither flush toilets nor wash their hands.

“It was hard not going to the bathroom. Of course, when somebody tells you that you cannot go to the bathroom, you always feel like you have to go. It was kind of gross, too,” said Wendy Bornmann, an eleventh-grade student.

“I regretted that I did not go to the restroom before we lost water (but I survived). One good thing is that we had pizza in the dorm instead of eating supper in the cafeteria. People tell me that we cannot drink the water; I wondered if I will die if I drink some,” said Alex Hao, an international student who lives in the boys’ dorm.

As Hao mentioned, in the afternoon, we also did not have water in both of the boys’ and girl’s dorms, and that made the dorm life hard to “survive.” Benny Stevens, a football player who lives in the boys’ dorm, said, “After football I was pretty tired and hot because it was a hot day in football, and I could not take a shower. The water came back pretty quickly, but we still could not drink the water.”

Miss Kaity Flynn, the girls’ dorm mother, said with a grin, “It made for an exciting couple of days. We resorted to creative ways to make up for the fact that we had no running water, like brushing teeth with bottled water and flushing the east gym hallway toilets with buckets. It made me appreciate water and reminded me of what a blessing water is.” 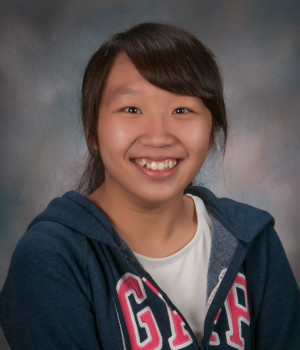 Grace (Wen-Ying) Wu is a member of the Class of 2017. She is Taiwanese, and she has studied at NC for one and a half years.