One of the hallmarks of Nebraska Christian Schools is its extremely capable and caring staff. Each year, new staff members join the current staff as they carry out the school’s mission. This year, one of those new staff members is Amy Fetterley.

Amy Fetterley is happily married to her husband Bill. Their two children, Marisa (age ten) and Nathan (age eight), both attend the NC elementary. Mrs. Fetterley is a paraprofessional (teacher’s aide) in the elementary. She thoroughly enjoys her time helping with the kids in her classroom. Her favorite part of NC is being able to work with children everyday and be around the great staff. Besides being a teacher’s aide, she also drives the Columbus bus route and does some administrative work for Mr. Cumpston. Before Mrs. Fetterley came to NC, she was the office manager at Columbus Christian School.

When asked why she decided to come to NC, Mrs. Fetterley’s first answer was for her kids. She stressed the fact that a lot of praying took place before the decision was made. In my short time speaking to Mrs. Fetterley, it was easy for me to see God’s prominence in her and her family’s life. She grew up in a very strong Christian family. She further stated that some of the huge factors that helped her become a Christian were the strong examples she had in her life as a young teenager. These examples also helped her grow her in her faith after she became a Child of God. 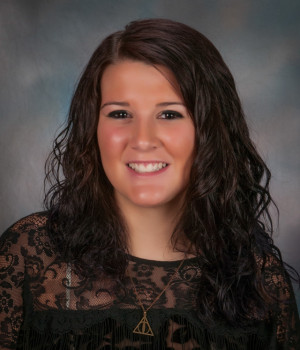 Makenna Loy is a member of the Class of 2016. She has attended NC for four years.

Teacher Feature: Donna Janssen
Back to the Blog
Where’s the Water?