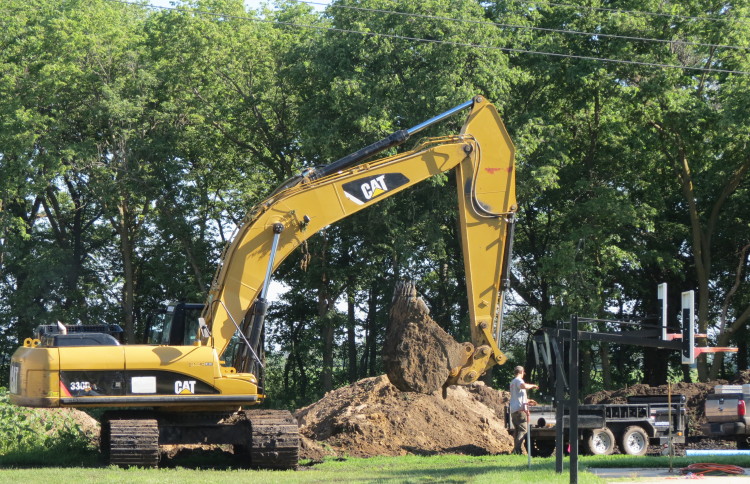 The campus has been abuzz with activity this summer, a trend we expect to continue throughout July and early August. The new slab by the Industrial Arts building.

In late May and early June, several staff members were busy working on campus improvements. A new concrete slab was poured in front of the shop, and several repairs and patches were made to existing sidewalks. Also, multiple conduits were buried that will be used to run phone lines and internet to the new girls’ dorm. Some of the conduits will be used when Eagle Communications builds fiber optic internet access to our campus later this summer. That infrastructure upgrade will nearly double our internet bandwidth.

For several weeks, contractors hired by the City of Central City have been laying a 12-inch water main that will carry city water out to campus. This will allow us to have a fire suppression system in the new girls’ dorm and in any future buildings. In the near future, we will be hooking the whole campus into the city water system.

Meanwhile, local contractors continue their work inside the new girls’ dorm. Steady progress is being made, and things look different every day.

There is so much to be done in the next six weeks! We have great crews who are working hard to get things done, and we’re very grateful for that. Please join us in praying that everything will be ready for the beginning of school in August.

Above: Workers lay the water main on the north side of campus.