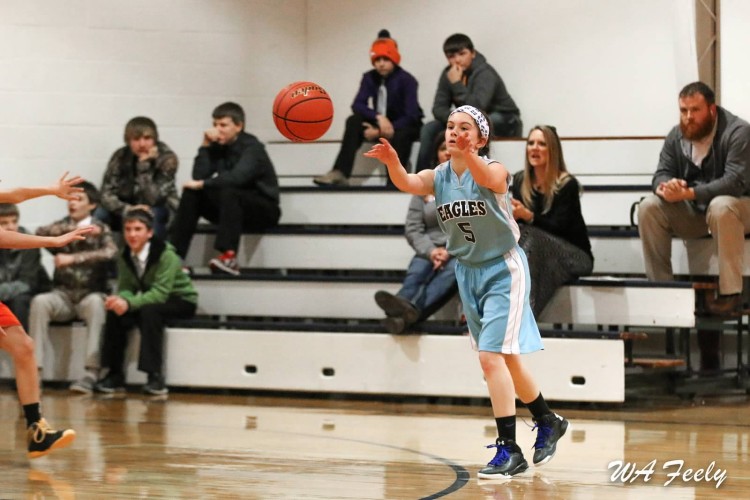 With the starting of a new year, the Nebraska Christian junior high basketball teams have started their new season. The teams started practice in November and had their first game was Monday, January 4th.

When asked what some goals for the boys basketball team are, Clay Mankin, the coach of the Nebraska Christian Junior High Boys’ Basketball team, said, “We want to teach the boys not to be passive but to play the game with great energy and effort. Also, that the boys would enjoy their team–get excited for one another, help each other, and encourage each other. A final goal is to bring honor and glory to the Lord in all of our effort and conduct.” The Junior High Eagles have played four games. Next up is a tournament at Cedar Rapids on Saturday, January 30.

Junior High Girls’ Basketball Coach Tonya Ostrand has also set goals for her team: “I want them to improve skills, teamwork, and to grow in their relationships with each other and the Lord. Also, I want them to know how to work hard and handle adversity.” The Junior High Lady Eagles have also played four games, and they’ll play in the Cedar Rapids tournament, as well.