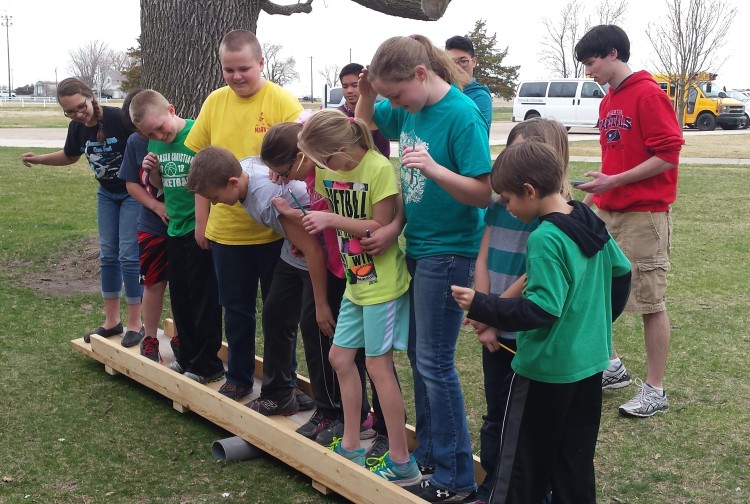 On Monday, March 14th, the Nebraska Christian Math Department held Math Day for the junior high and elementary students. During Math Day, the students participated in different games to practice their math skills and to learn new math concepts.

During Math Day, the students learned many things. They were able to learn about angles, how to measure with a protractor, and they used lasers and mirrors to bounce beams at different angles. They learned how to solve equations by using a teeter totter. They used logic to solve puzzles. They learned about circumference and pi by making circles and measuring the circumference of circles. Also, they did “mad minute” to learn how to add, subtract, multiply, and divide quickly.

“I want to introduce the elementary and junior high students to math concepts that they haven’t really learned about yet. It’s basically a way to introduce math concepts in a fun way that they can remember,” said Andy Falk, the high school math teacher. “It was cool to see the kids learn new concepts about math,” said Morgan Schulze, a junior who helped at Math Day.

Overall, the students enjoyed learning about math while playing games and being outside the classroom.