Posted by Katelynn Halstead on September 12, 2017

The Lady Eagles at the State Fair

On Saturday, August 26th, the Nebraska Christian Lady Eagles volleyball team competed in preseason matches at the Bill Marshal Volleyball Classic at the Nebraska State Fair. This was a unique opportunity for the volleyball team, considering playing at the Bill Marshal Volleyball Classic requires an invitation presented to hand-selected high school and collegiate teams.

After the volleyball festivities concluded for the morning, the entire team was provided with wristbands allowing them to ride all the carnival rides at the fair for free. What better team bonding time than screaming at the top of your lungs on carnival rides? As sophomore Grace Langemeier said, “I was really able to connect with the girls on a more personal level as we were flying through the air, screaming and laughing until our stomachs hurt!”
Feet sore from standing in line and stomachs still spinning from the rides, the volleyball team headed back into the main volleyball gym to watch Hastings College play. Watching a collegiate team play resulted in a good learning experience for the girls.

Of the day’s experience, junior Carsyn Ostrand said, “It was a memorable experience to play in such a nice facility with great competition!” Overall, the Nebraska Christian Lady Eagles volleyball team had a successful and fun-filled day at the Nebraska State Fair. 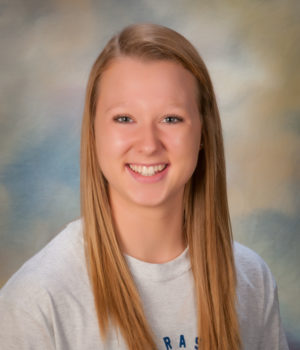