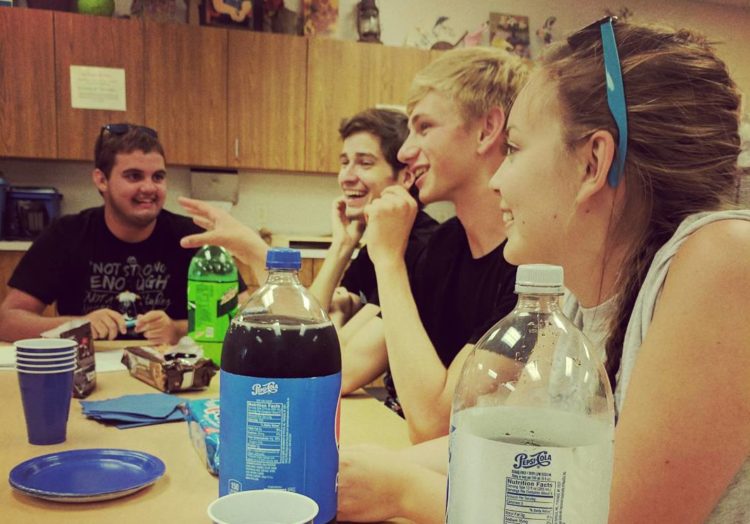 Posted by Danae Burdett on September 7, 2017

Gathered around a small table in the FCS room in late June, the Student Council laughs at a joke made about one of their numerous and colorful ideas. The 2017-2018 Student Council, or StuCo for short, is comprised of a six-member executive board and four additional elected members. On the executive board are Student Body President Sam Twogood, Vice President Curt Bailey, Treasurer Brennan Nokelby, Secretary Timothy Hofmann, Senior Class President Danae Burdett, and Junior Class President Jon Dockweiler. Including the upperclassmen presidents on the executive board was an adjustment made this year, as both the StuCo officers and their advisor, Miss Becky Ritta, realized they would work well together as a six-member unit.

The board met three times over the summer break, planning for the school year to come. The members are eager to effect change in the lives of the students around them. Each member agreed to make a sense of community among students, parents, and faculty the primary focus in the 2017-2018 school year. They have a myriad of exciting ideas, ranging from flashy pep rallies to inclusive activities outside of school. Curt Bailey said in regard to StuCo preparations, “Our vision would be that these community gatherings would lead to the deepening of relationships, which in turn will lead to opportunities for spiritual conversations.” In addition, Sam Twogood mentioned, “The Student Council is looking forward to further involving the students of Nebraska Christian to enhance school spirit through relationship building activities and Christ-centered training.” Students enjoy a movie on the football field.

The first two StuCo events occurred during the first week of school: a root beer float social on the first day and a movie on the football field following the annual carnival and sports scrimmages. The following week, four more students joined the student council: Sophomore President Garrett Nokelby, Freshman President Grant Stuhmer, 8th Grade President Molly Griess, and 7th Grade President Will Twogood. As the Student Council prepares for Homecoming week in October, these new members will step up and make their mark, as well.

The StuCo waits eagerly to see the difference their changes could make, but for now, they are content to enjoy the fellowship brought about by many a weekly meeting. 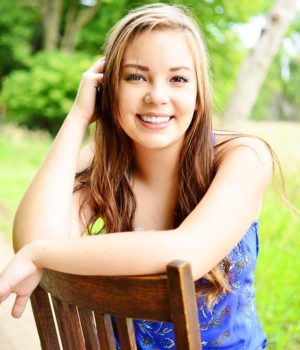 Danae Burdett is a senior at Nebraska Christian. She is involved in speech, quiz bowl, student council, and choir. She lives in Grand Island and has been attending NC since 9th grade.