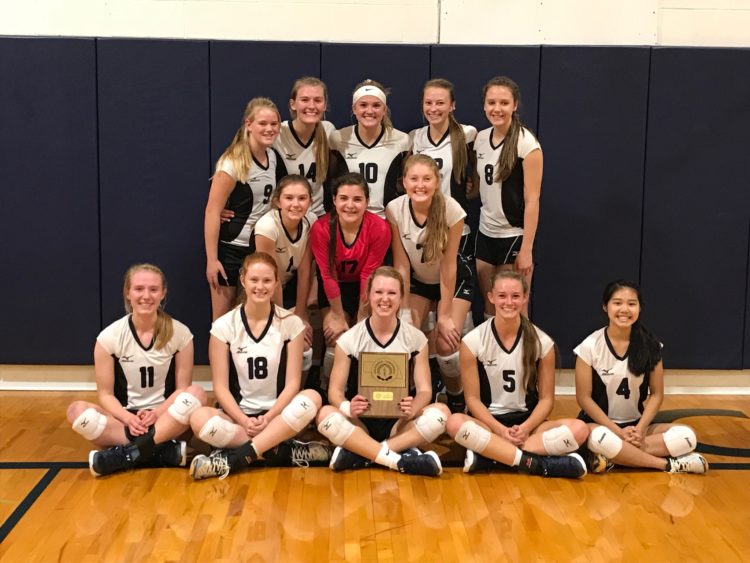 The 13 girls that make up this year’s volleyball squad had high expectations for the season, but they never would’ve dreamed they would enter the final week of the regular season undefeated. Senior Claire Ostrand, one of the team leaders, said, “I never expected that we would be undefeated, because there are not many girls out this year.” The 13-member team is smaller than the teams of recent years, but that small size has allowed the girls on the team to become closer than ever. Ostrand continued, “I had a really fun time with all of [my teammates]. I am so blessed to have such good friends and teammates in my life.”

Some of the highlights of the year so far have included winning the Central City Tournament (which included wins over Lexington, Platteview, and Hastings), beating 3rd-ranked Centura in three hard-fought sets, and winning the Goldenrod Conference Tournament.

The Eagles defeated Fullerton and Central Valley on the way to the conference finals, where they faced an excellent Humphrey St. Francis squad. The Lady Eagles prevailed in three close sets to become the Goldenrod Conference Champions for the fourth straight year.

The team is currently 24-0 with only three matches remaining in the regular season. The Lady Eagles will then head into subdistrict play at Aquinas in David City. Head Coach Tonya Ostrand said, “The expectation is always high. The girls are ready to play in every game, and they all play with confidence to win.” 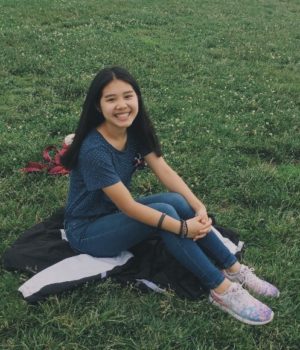 Cream Masatit is a member of the class of 2018 . She is an international student from Thailand, the land of smiles. She is also the senior class treasurer. Having creative thoughts and ideas, she loves to write calligraphy in her free time and spends her time finding new vocab games to get better at English.

Grandparents’ Day Full of Outer Space Fun!
Back to the Blog
A Look Back at Homecoming ’17