Imagine waking up at 3 a.m. to a blaring alarm and realizing it is finally the day of your senior trip. This is the day you have been waiting for a very long time!

Everyone had to be to the bus at school by 4 a.m. so we could get to the airport in plenty of time. We had very smooth and easy flights out to D.C. with no problems. We arrived in D.C. early in the afternoon and made our way to the hotel. That evening, after we rested a bit, we grabbed dinner then set off on an amazing night tour of the monuments. The first night we saw the Mall, the Washington Monument, and went to an amazing gospel choir at the Kennedy Center. That night we all fell into bed dog tired but highly anticipating the week that was yet to come.

The next morning we woke with spirits high, but bodies sore, considering we had walked about 10 miles the day before. We headed straight for the Senate building to meet Senator Ben Sasse. Meeting him was a great addition to the trip; it gave us an opportunity to get a photo with him and shake his hand. Daniel Myers said, “It was really cool to see our senator, because he has such an important role in our legislature. He was really down to earth, too.” Many other students felt the same way. After we met Senator Sasse, we headed straight for the Library of Congress a couple blocks away. Many of the students chose to skip out on part of the Library of Congress to see Billy Graham’s procession to the Capitol. Seeing Billy Graham’s casket being carried up the steps of the Capitol was an amazing experience for us all. That afternoon the class headed to Fogo De Chao for lunch, which was a highlight for many of the students. With many kids being so full they could barely get up from the table, we slowly made our way to the White House. We weren’t able to tour the White House, but we took many pictures outside. We were all eager to get back to the hotel since we had banked about eight miles already, but we decided to do a tour of the monuments on the way. We visited the World War II Memorial, Vietnam Memorial, Lincoln Memorial, and the Korean War Memorial. It was an amazing first full day in D.C., and we couldn’t have had better weather. 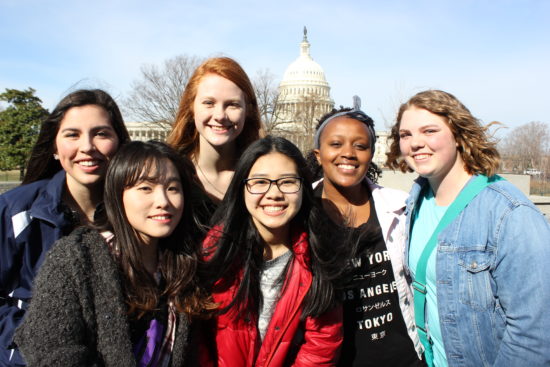 We all woke up the next day to high winds and cool rain but lots of excitement about what that day held. We headed straight for Arlington National Cemetery to see the Changing of the Guard, along with the Eternal Flame. We looked around the cemetery, along with Robert E. Lee’s house and garden area. We explored for a couple hours then headed off to the new Museum of the Bible. The Museum of the Bible is a tremendous addition to the museums in D.C. We spent about three hours looking around and only saw a fraction of what is there. That evening we had the privilege of meeting with Jesse Johnson, a local pastor, and hear him talk on vocation and a couple other subjects.

Friday was a very unusual day in D.C. Due to high wind, all of the government facilities, including the museums, were closed for the day, which really put a damper on our plans. Since almost everything in D.C. was shut down, we headed to the Pentagon City Mall to have lunch and do some shopping. That afternoon we headed to our hotel to recover from the brutal winds we fought with every step we took. After we were rested, the sponsors took us out on another monuments tour. We visited the Martin Luther King Jr. Memorial, F.D.R. Memorial, and the Jefferson Memorial. That evening we went to a Washington Wizards vs. Toronto Raptors basketball game. Going to the game was a unique experience, since we got to sit on the court while some of the players were warming up. It will be a memory few of us will forget. It was a great time to sit and chat with our classmates and reflect on the last couple of days. Timothy Hofmann said, “It was a great opportunity to spend time with my classmates as our time together is beginning to wind down. Seeing all of the history built into D.C. was a great experience.”

Saturday was extremely busy, since we were trying to make up for a whole day lost on Friday. We started out by going to the Capitol and touring it. We spent several hour there learning about our nation’s history and seeing many of the sculptures, paintings, and statues adorning the elaborate halls. Afterwards, we went to the Museum of Natural History, and later that evening we visited the Holocaust Museum to learn about the many lives lost in WWII. It was a very heavy day of learning, and we spent time that evening, as a group, reflecting on the day’s events.

Since Sunday was our last day in D.C., we wanted to make the very most out of it. We started the day by going to the National Archives to see the Constitution, Bill of Rights, and Declaration of Independence. Everyone enjoyed seeing our country’s most important documents, along with several other displays such as a Vietnam memorial. At that point in the day, the sponsors gave us a choice of either going to the Museum of American History, or the Air and Space Museum, National Gallery of Art, and Botanical Gardens. After many hours of walking around museums, we all joined back up to go to church that evening. We headed to Capitol Hill Baptist Church for their evening service. It was wonderful to be among a group of people that are like minded in the faith. We then headed back to the hotel to pack our bags so we could head out early in the morning to fly back to Nebraska.

By the time we got on the plane Monday morning, we were all ready to be headed home. It was an amazing week to spend with all of our classmates, but also to learn about our country and its history. We are all very thankful to have had the opportunity to go D.C. for a week. 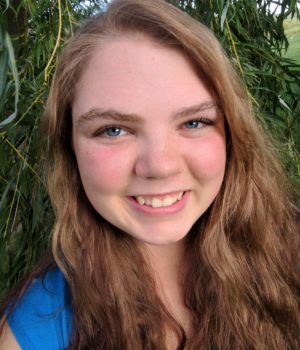 Keziah Dexter is a member of the class of 2018. She is the daughter of Rance ('86) and Jodi Dexter. Keziah has attended NC off and on since third grade. She lives in Burwell and rents an apartment in Central City to live in during the school year. She chooses to attend NC for the great Christian education it provides its students.