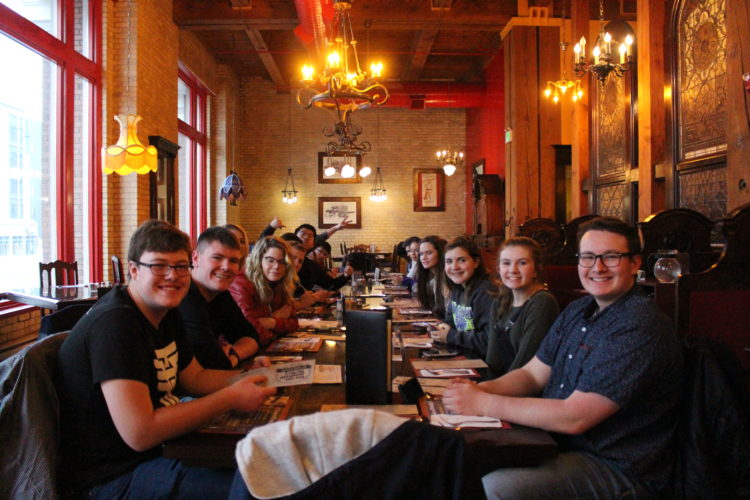 On February 27, the entire Nebraska Christian junior class loaded onto the bus and set out on their journey to the frozen tundra, otherwise known as Minnesota. After an 10-hour bus ride, with a stop at Chick-fil-a on the way, they finally arrived at the Best Western Hotel in the suburbs of Minneapolis. The bags were unloaded, room keys distributed, and itinerary reviewed.

They went to the University of Minnesota first. The students were split up into groups of seven and sent off with a tour guide to explore campus after a short informational presentation about the college. The groups were able to tour the large student rec center, see the admissions office, check out the school’s mascot. One of the tour guides said that if you rub the oversized gophers teeth before a test, you will get a better grade supposedly. When asked what he thought of the university, Garrett Swantek said, “It was very large and very liberal, but they had very nice facilities.”

The next day, the group toured The University of Northwestern. Again, the students were split up into groups and set out to experience the college atmosphere. During their initial meeting with the college representative before their tour, the rep made a focus to talk about their doctrinal statement and how every student must be able to sign it in order to attend school there. The concrete belief in the finished work of Christ and the university’s main purpose to glorify God are key in their academics, sports, and fine arts programs. When asked what he liked about Northwestern, Seth Hower said, “I liked how the football coach came up to us right after we entered the building and made conversation with us about what we wanted to do. The people in general were more interactive with us, and I liked the tunnels underground, so you don’t have to go out in the cold.”

The junior class also got to experience fun activities on their trip. They all participated in an escape room, got to go see a play called “The Potted Potter,” shopped at the Mall of America, and went to a trampoline park. Jordan Schnell really enjoyed the escape room, saying, “We did the hardest room, and didn’t get out in time, but it was fun to figure out all the clues.”

On the last day of the trip, the juniors got the opportunity to go to David Wheaton’s house to be a live audience for his radio program, “The Christian Worldview.” The night before, David asked the students to write down their top questions on apologetics, to be asked on air to a guest speaker from the organization “Stand to Reason.” Some questions that were asked included “Why does God need glory?” and “How do you prove to someone that the Bible is the ultimate source of truth?” They ended their time by singing a hymn and closing in prayer for the trip home and for continued growth in the lives of all the students present.

After their time at David Wheaton’s home, the junior class once again loaded the bus and headed home to Nebraska. After another long bus ride (with a stop at Chick-fil-a along the way), they finally arrived at NC. Bags were unloaded, goodbyes were said, and they all headed home.

When asked what he thought was the most beneficial part of the trip, Bryce Krieger said, “I think it was beneficial to see colleges that I haven’t really gotten to visit before and to be able to compare a biblical based college to a secular one.”

Overall, the trip was a major success, and the junior class is extremely grateful to have had the opportunity to go.

Top Photo: The juniors pause for a picture at the Old Spaghetti Factory during the junior trip. 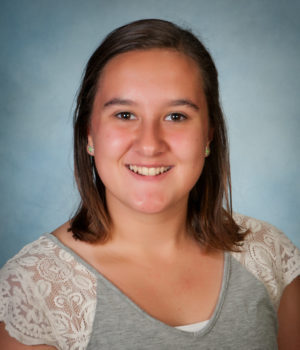 Josie Maberry is a member of the class of 2020. This will be her second year at NC, along with her two brothers, Clay and Justin. She lives in Central City.

Apply Now for 2019-2020!
Back to the Blog
NC to Host Preschool Preview & Kindergarten Round-Up