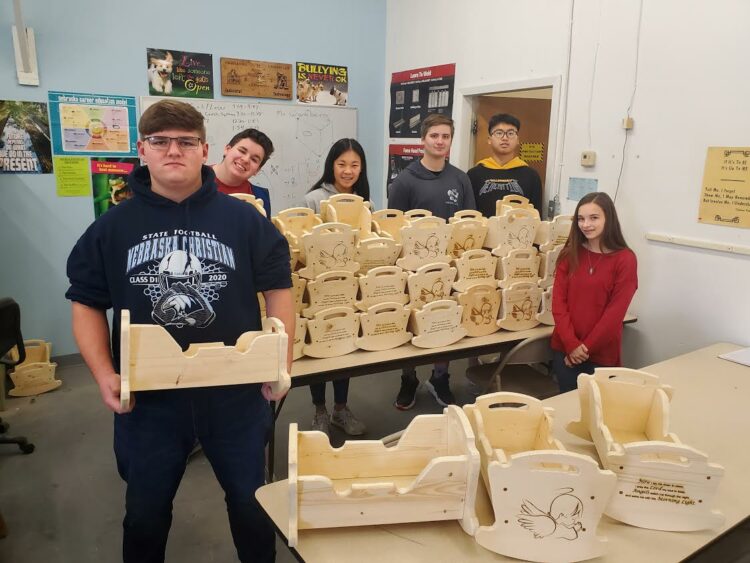 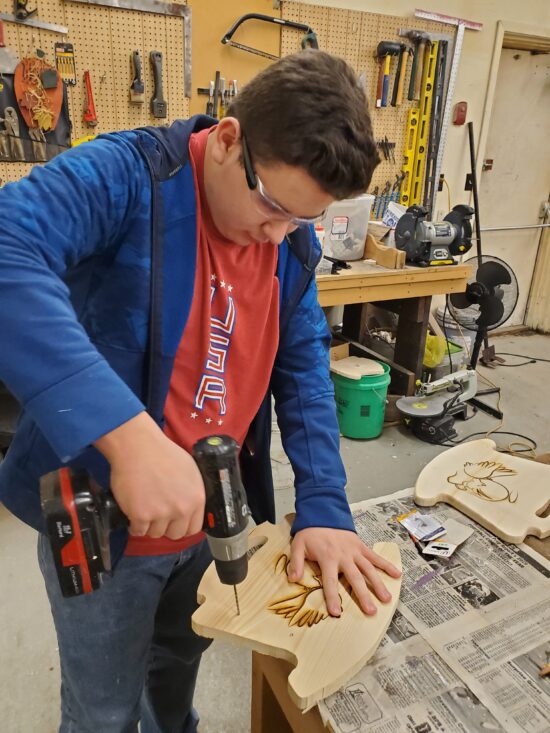 Justin Maberry works on one of the cradles for Toys for Tots.

At Nebraska Christian, one of our core values is being service minded. Part of that is “finding tangible ways to love and serve one another, as well as our neighbors.” Industrial technology teacher Dave Wamberg and his students found a tangible way to serve others this Christmas by building cradles for Toys for Tots / The United Way.

Wamberg’s construction class built 30 cradles, and on December 17, he took several of his students to Fonner Park in Grand Island to deliver the cradles and help set up for the Toys for Tots event. This year, Heartland United Way anticipates that 2,600 children will be served by the event.

While Wamberg has been involved with this project since 1999, this is the first year he’s been able to take his students to help set up for Toys for Tots, which he feels is important because it shows them “what really goes on with the United Way.” 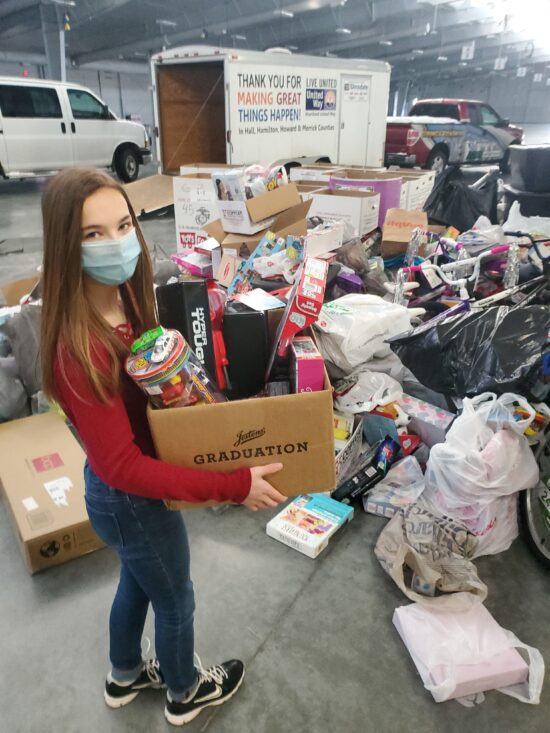 Faith Springer helps set up for Toys for Tots at Fonner Park. 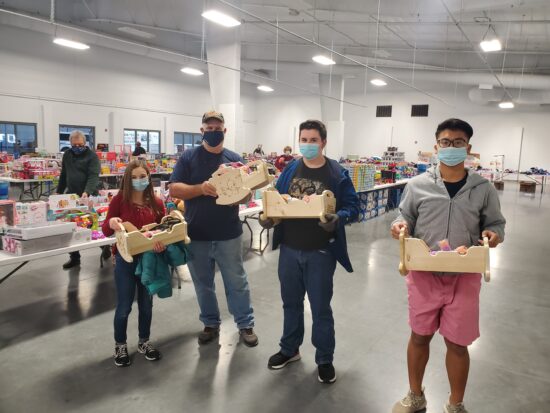 Faith Springer, Dave Wamberg, Justin Maberry, and Vincent Nguyen show off some of the cradles made by the construction class while helping set up for Toys for Tots.

Back to the Blog
7th Graders Design Race Cars