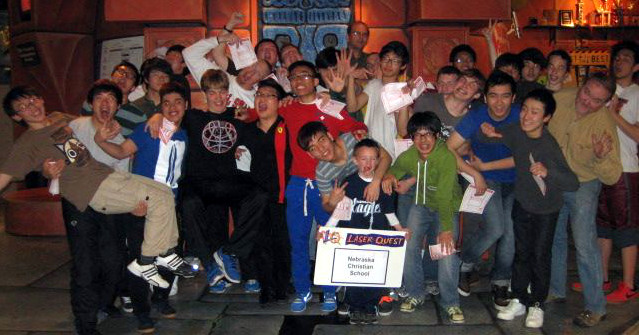 Dorm Boys Cheer on the Thunder

This year the boys’ dorm took a trip to Oklahoma City to watch an NBA game. The Oklahoma Thunder is one of the best NBA teams, and it is the boys’ favorite part of the trip. We stayed in Oklahoma for three days. During these days we also went to the Oklahoma City National Memorial, to the mall for shopping, to play laser tag, and to great restaurants together.

In my first year at NC (2011), we went to Denver for the boys’ dorm trip. Denver was a big city, and I was glad to be in a city again. However, the bys weren’t as excited as we were this year when we went to Oklahoma, because I remember the trip was shorter and Denver wasn’t that good of an NBA team.

Why were we so excited this year? How not! We needed a break from the NC campus and needed to go somewhere. We got to watch one of the best NBA teams this year!

When we got to the Home of the Thunder, it was a cold day, but no one complained about it because we were so excited! When I showed my ticket to other people, they were saying, “How did you get that? So jealous!” It was a ticket for our special group to watch the game in a box with provided food. During the game, the fans made amazingly loud cheers, and we joined with them!

After the game, we were getting tired, but we couldn’t stop shouting and laughing! The Thunder won that day by many points. It was such a great game! I won’t ever forget that night! 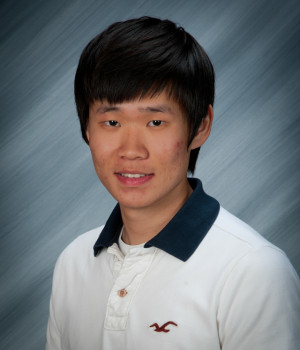 Young Wook Lee ("James”) is a member of the class of 2013. He comes to NC from South Korea and lives in the Boys’ Dorm throughout the school year.

Spring Concert Program
Back to the Blog
Sing unto the Lord: a tradition of music 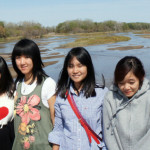 My home away from home

An average American high school student commutes daily during the week to and from home and school.  But Nebraska Christian Schools is not an... Read Full Post