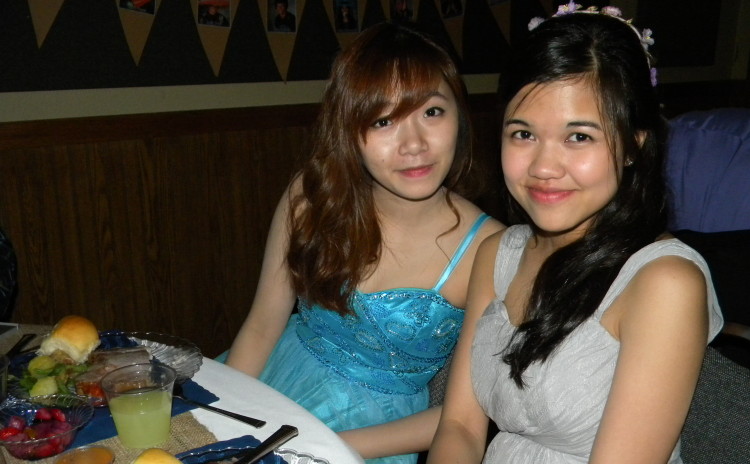 On April 26th, the Nebraska Christian seniors and juniors had a wonderful night at Monroe E-Free Church. Before the seniors arrived, the juniors had already set up tables and lit candles in order to honor the 2014 Nebraska Christian seniors. As the seniors were coming in, the juniors started to serve the seniors by taking them drinks and food on the trays. After a while, both seniors and juniors took pictures and had time to talk with each other. The night began with a word of prayer by Chaplain Gordon Thiessen, and afterwards, supper was served by the juniors. After supper, Mr. Cumpston introduced the whole senior class of 2014 by taking the words that the other students had written down about each of them. Later, people conversed with one another and had pictures taken. All the junior and senior students then changed into more comfortable clothes for the upcoming activities. Activities such as dodge ball and relays were held in the gym, and they also played the game called “Minute to Win It” in the church’s upstairs room. Afterwards, both classes sat down in the church’s overflow room to share their testimonies at NC with others. Senior Beran Fisher talks about his time at NC

Zoe Flynn, one of the seniors in class of 2014, gave her opinion on the Senior HonorBanquet: “The Honor Banquet was probably the most memorable night of high school! The juniors did a wonderful job with organizing the whole night. The dresses were gorgeous, and the games were so fun! I think it was definitely an honoring night for the seniors!”