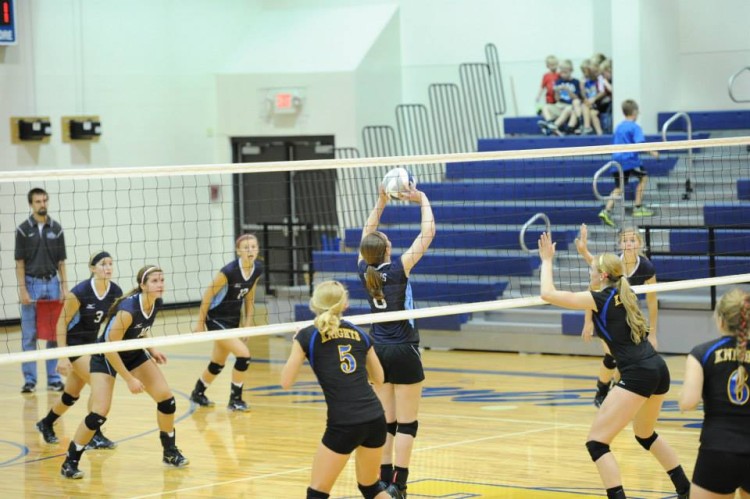 Catching Up with the Volleyball Team

With an outstanding record of 6-0 to start off the season, the volleyball girls are doing an amazing job! Since August 18, the girls have been working extremely hard to improve. Senior Amber Mazankowski said, “Our passing has definitely improved. We have worked hard on serve receive, and in games that has definitely paid off.” Great serve receive is a good foundation to have as a team. Coach Tonya Ostrand commented that the team has been working to be more consistent on the court. She also said, “The main focus for the team is to glorify God and improve, to work on the things we are not the best at. I have seen the girls serving Christ on the team by servant leadership, and I can see if we continue to be unselfish, the team can go far.” Just as John 15:13 says, “No greater love is this than to lay down your life for a brother.” Mazankowski also said, “I see us improving a lot as a whole, and I see improvement for individuals as well, which is encouraging.” As they face some difficult games in the days ahead, they will be able to see what else they may need to continue to work on, and they will be able to see where they are at as a team. We wish the team the best for the rest of the season and continue to pray for them. God speed!

Editor’s Note: Since this article was written, the volleyball team played in a tournament at Central City. They lost to Holdrege in the first round and then beat Schuyler and Adams Central to place 5th in the tournament. They are currently 8-1.