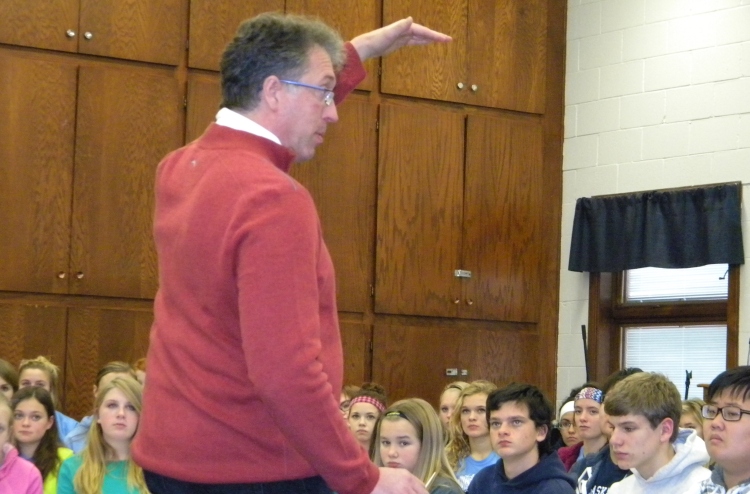 Festival of Lessons & Carols 2014: Get to Know the Conductor

Above: Maestro Eric Dale Knapp rehearses with the Nebraska Christian choir prior to the Festival.

Knapp has made it a yearly tradition to help with the festival. “I am committed to this; I always revolve my schedule around this event,” he said. “This event is unique because it has dozens of different people from different backgrounds working for months. It reflects upon the story of Christianity with the power of God to sustain us. This event is great for people who can’t hear the spoken word; the music here carries the Gospel.”

Knapp has been fascinated with music ever since he was a child. He played the piano from a very young age, which helped move him in the direction of his current career. He views his career as a calling to serve and a great way to spread the Gospel.

Approximately 300 musicians in the Festival Choir, Orchestra, and Children’s Choir helped make the 2014 Festival a success, and more than 500 people attended the event.

The Festival can be heard in its entirety on our YouTube channel. (The picture isn’t very good, but the sound comes through well.)

Scenes from the Festival
Back to the Blog
Junior Eagle Basketball