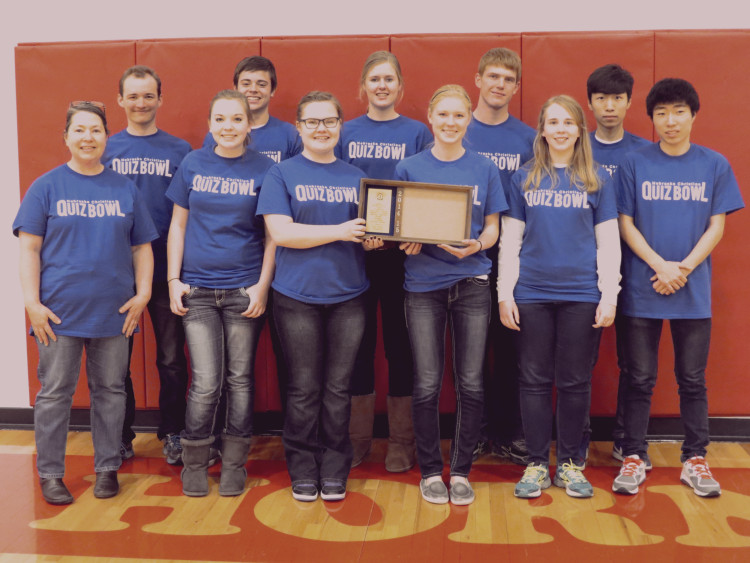 On Wednesday, April 1st, the NC Quiz Bowl team competed at the ESU 7 District Quiz Bowl in Fullerton. Seventeen teams competed at the event. The Eagles won their first round but lost their next two rounds. In the end, the team did not end up placing.

“We have capable team; I’m very proud,” said Quiz Bowl Coach Dee Flynn. “I know it was disappointing for the kids. Even though they had a tough last round, they did a really nice job. We’ve got a really well-balanced team this year. We were grateful to be able to use quiz bowl as an outlet to compete with others interested in knowledge.”

Even though the team did not place at this competition, they had a very strong season, taking first at the Goldenrod Conference Quiz Bowl.