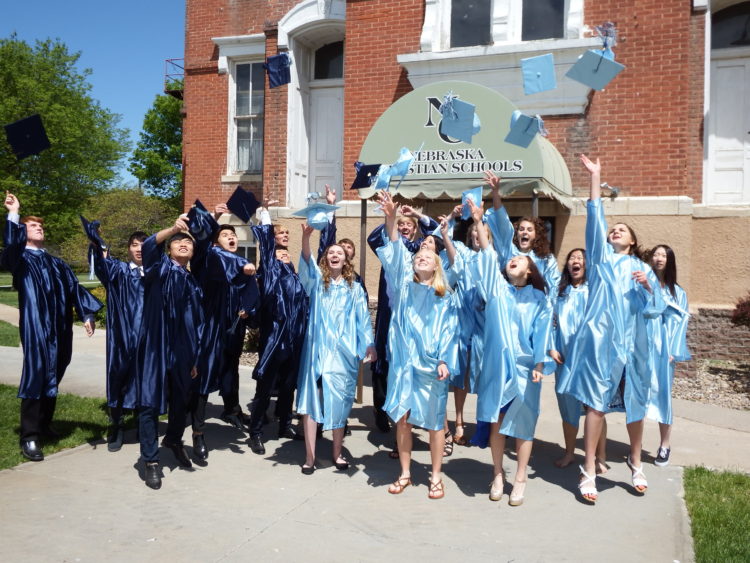 On Saturday, May 14th, Nebraska Christian Schools held its commencement ceremony to honor and celebrate the graduates of the class of 2016.

After the procession of the class of 2016, Mr. Joshua Cumpston, the superintendent of Nebraska Christian, spoke and welcomed the visitors and parents who came to the commencement. Mr. Doug Langemeier gave an invocation, and the Nebraska Christian Choir sang “The Lord Is My Light.” Three of the seniors spoke at the commencement: Alexis Hower, Cassidy Ostrand, and Katie Cumpston. Following another choir number, State of Nebraska Attorney General Doug Peterson gave the commencement address. He challenged the class to allow God to use them wherever they go, whether they travel the world, attend a prestigious university, or spend the rest of their lives raising a family in their hometown, and not to slip into the mindset that God only uses those who are successful by the world’s standards.

Then, with assistance from Nebraska Christian board members, Mr. Joshua Cumpston presented the class of 2016 with their diplomas.

“It is hard to say goodbye to my dearest friends; however, I think all of the graduates are ready to step on to their next journeys. I really appreciated all the good memories that NC has brought to me, and I want to encourage all students to seize the days and learn more about Christ when they are at NC,” said Isabella Yang, who attended Nebraska Christian for three years.

Congratulations to all the graduating seniors!

We pray they will continue to seek God and to spread His Word as they continue their higher education.

You can see our Graduation album here.