Mr. Ronald Franke and his wife Suzhen are the new boys’ dorm parents at Nebraska Christian, and he also works in an administrative capacity. The Frankes have two children: Faith, a freshman, and Hope, a sixth grader. Both attend NC.

Mr. Franke said he wanted to bring his family to Nebraska Christian because of the Christian atmosphere and because they will be closer to Mr. Franke’s parents and old friends.

Mr. Franke graduated from Furman University in South Carolina and Singapore Bible College. Before coming to NC, he taught world history, Malaysian history, geography and economics at an international school in Malaysia.

Although Mr. Franke repented of his sins and gave his life to Christ at age nine, by the time he was in college, he believed that he had “tried Christianity and found it wanting.” At Furman University, he came in contact with some Baptist classmates who challenged him to listen to Josh McDowell’s messages and attend church with them. The pastor of the church was preaching through Ephesians, and Mr. Franke found that he didn’t want to miss a week! “By the end of my sophomore year,” he says, “I was an unashamed Evangelical!”

His favorite Bible verse is Phil 1:6; he wants to say to NC students that serving Jesus is a great joy, and they should not settle for a lesser happiness. 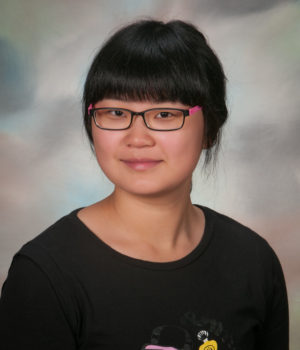 Sophie Guo is a member of the class of 2017. She is from Taiyuan, China.

Students Learn About Plants in New Class
Back to the Blog
Preschool Gets a Visit from Dr. Krug