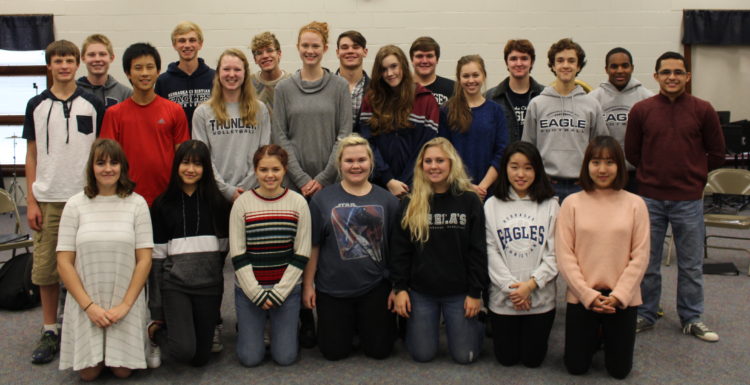 Hard work and dedication are key to a work of art, whether on canvas or in song. NC music director Mike Flynn understood this completely when he chose this year’s ensemble, known as The Master’s Musicians.

For the second consecutive year, the Master’s Musicians were selected to participate in a choral workshop and concert held at the University of Nebraska at Kearney. The students prepared two days for the concert performed Monday night, October 24th. Singing with NC’s Master’s Musicians were other high school choirs from Doniphan-Trumbull, Gothenburg, Kearney, Lexington, and Minden, as well as the UNK choir. The songs performed that night, including “I Dream a World,” “Swing Down, Chariot,” and “Gloria” were composed by Professor of Music, Dr. Andre J. Thomas. Conducting that night was Brandon A. Boyd, who also composed a piece performed that night in honor of Dr. Thomas, who is currently battling cancer, called “Hol’ On!”

Junior Brennan Nokelby said, “I believe Mr. Thomas would be very proud of the way Mr. Boyd directed us and handled himself. I enjoyed learning from him and would do it all again.” Boyd did an amazing job conducting and delivering a stupendous night, and the musicians worked their hardest for the performance. Ensemble member Janie Mousel (12) said, “Performing with so many people makes amazing music, and I learned that the long practices are worth the end result.” It was a night to remember, to say the least. 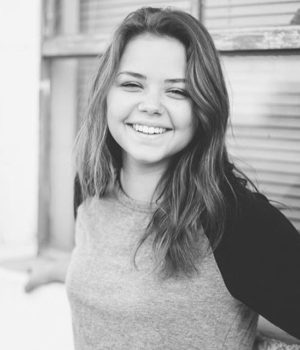 Hailee Broman, a senior this year, is the yearbook's editor and head photographer. She has two siblings, Alyssa (8th) and Conner (7th). She enjoys photography, art, music and anything outdoors. Hailee is involved in the Ensemble choir and the girls' soccer team. She has attended NC since the 6th grade and has loved it ever since.