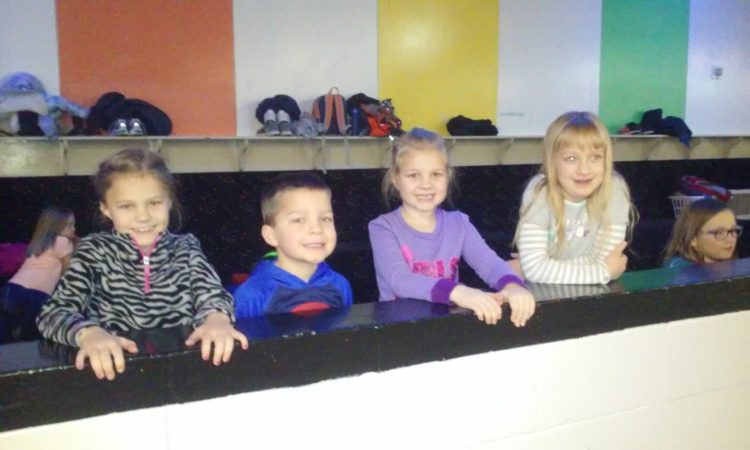 3:30-6:00 P.M. Between 60 and 70 elementary students and parents came to the event, along with some invited friends. The event was an open skate time, so it was not a private party, but the majority of the skaters during this time were part of the NC group. They had fun skating, with several even joining in with activities like a limbo challenge, the hokey pokey, and the chicken dance. Some also went and played arcade games.

Elementary PTF President Deana Leonard said, “It went well. I was hoping to get at least 50 people, and we had a little more than 60. It brought back childhood memories for some parents who hadn’t skated in a while, but it seemed to come back to them (like riding a bike). Some students had never roller skated at a rink like that before and were a little shaky at first, but slowly got better. It was fun watching parents skate with their children. It was a good time of fellowship.”

Elementary Skate Day was a time of bonding and strengthening of friendships as NC families go on through the school year.