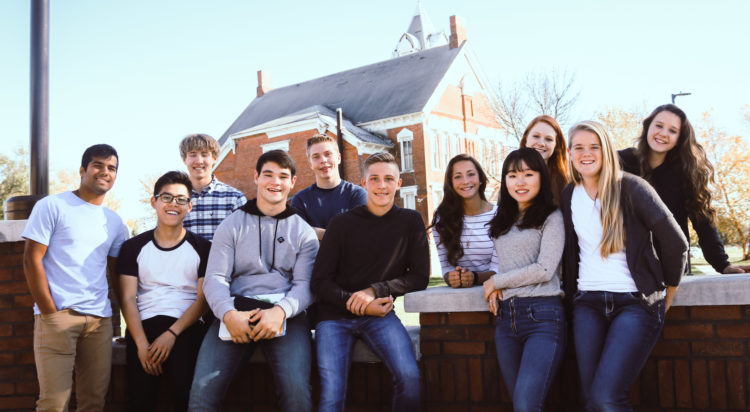 The following report ran in the recent Progress Issue of the Central City Republican-Nonpareil.

2017 was an amazing year at Nebraska Christian. Our students continue to excel in the classroom, in fine arts, and in athletics. It is a great time to be part of Nebraska Christian Schools, and many families are making us part of their children’s education! Last year we had the highest secondary enrollment in our history, and this year we have the highest junior high enrollment ever. Many new classes, technology, and activities excite us, but we still offer the same strong academics and Christ-centered education. We continue to pursue our mission of partnering with the family and the church to provide a Christ-centered education, to teach a Biblical Worldview, and to encourage a love relationship with the Lord Jesus Christ.

As we entered the 2017-18 school year, we were amazed at the number of new junior high students that applied for admission. I’m happy to report that we have 19 seventh graders and 20 eighth graders. These are great class sizes: small enough for individual attention and large enough to have group learning, class discussion, music groups, and sports teams. We anticipate another great 7th grade class next year based on 6th grade numbers and early applications. We also have seen several new families join us both in the elementary school and high school. Please contact us if you have any questions about potentially joining us next fall.

As the world changes, we are constantly seeking ways to provide curriculum and opportunities for our students that will help them learn skills they can use in many different college or career fields. One way we are doing this is by building classes that integrate concepts from different subjects and letting students apply what they have learned to real world situations. Along with our many traditional college prep style courses, we are providing students with a few different educational experiences. We want to give students the opportunity to use the knowledge they have gained in multiple classes to tackle real world problems in partnership with our communities outside of the school setting; it’s good for the community and good for our students.

In the past two years we have added Applied Physics to go along with College Prep Physics. We have also added Botany. We have made science and technology, as well as integrated learning and entrepreneurship, areas of focus. We have doubled our computer lab capabilities and have added a 3D printer for our Computer Aided Drafting and other technology classes. We have now begun to use our greenhouse with our elementary students for more hands-on science opportunities. They will partner with our Botany students to give our upperclassmen more leadership and mentoring opportunities. We have also added an 18-foot solar Smart Flower that will power our greenhouse with “green” energy.

We have continued to add activities so that more and more students can use their gifts and talents and have places to connect with other students. In the fall of 2017 we added a girls soccer club team and a junior and senior high robotics club. The students on the robotics teams must build a robot to specifications that then is entered into contests against other robots. Students learn engineering, design, mechanics, and also learn computer coding. Our teams have had two competitions, both in Omaha. In the first tournament, the junior high team came home with a first place in the alliance competition. At the second tournament, our high school team placed first in the alliance competition, and the junior high team scored well in the skills competition. Since there is only one division, our junior high team competes against mostly high school teams.

Our students consistently score at least two points above the Nebraska State ACT average and three points above the national average. Eight of our 2017 graduates were named to the Goldenrod Conference All-Academic Team. We have had six Regents’ Scholars in the past two years and had one student accepted into the United States Military Academy at West Point.

This past fall we celebrated alongside our volleyball team as they went 32-0 in the regular season, facing many tough opponents along the way, including several Class C1 and Class B schools. It was fun to watch them play and compete as they were the Conference Tournament Champs (4th year in a row). The team was also the District Champion, a state qualifier, and ended fourth in class C2. Several team members received post-season awards. Claire Ostrand and Katelynn Halstead were both named to the All State Tournament team and Ostrand was chosen to play in the Nebraska Coaches’ Association All Star game. Carsyn Ostrand, Grace Langemeier, and Corryn Falk also received post-season honors.

In the spring of 2017, Nebraska Christian won the Goldenrod Conference Sportsmanship Award for Boys Basketball. Adrienne Falk, Corryn Falk, Ben Griess, Clair Ostrand, Olivia Prettyman, and Anderew Winsterman received conference basketball honors. Jaydon Elge was a state wrestling champion and Juan Lasso placed 6th at the State Wrestling Tournament. Also this past spring, our High School Quiz Bowl Team was the Conference Champion, District Runner-up, and finished 5th in the state. Our junior high Quiz Bowl Team was Conference Runner-up. Our speech team was the Conference Runner-up, and Danae Burdett and Bekah Feddersen qualified for state. In music our band, choir, and many small groups were awarded superior ratings at District Music, and Marilla Flynn was selected to sing the National Anthem for the Class A and B State Soccer Championships.

In track, we had five boys and three girls qualify for the state track meet. Andrew Winsterman placed 5th in the 200 meters. At the Nebraska Championship Meet (the junior high state track meet), Elijah Boersen placed 4th in the Triple Jump and 6th in the Long Jump and 200 meters.

As you can see, God has gifted our students with talent, the ability to work hard, and adults at home and at school who help them to reach their potential.

Many factors make us a unique school. We offer a Christ-centered and Biblical worldview-based curriculum that integrates the truth of the Bible into all of our classes. Students have Bible class each day and chapel once a week. We are on a four-day school week, and we offer dorms for students who live outside an easy driving distance. Another big difference between us and other schools is our international program, which is comprised of students from around the world.

Nebraska Christian Schools has been a part of the Central City community for 58 years. We have over 1500 alumni located on six of the world’s continents. In recent years, NC has grown to serve about 200 students annually and has more than 60 employees. Our students come from 28 communities across Nebraska, and 14 counties are represented in our school. We also have students from five Asian countries and Kenya. We have a dedicated staff with high academic and behavioral expectations for our students. We are preparing them for life after graduation, and we want them to be prepared to make a difference for Christ. 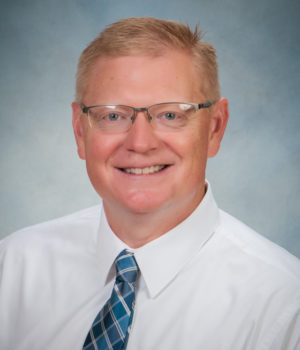 Josh Cumpston has been the superintendent at Nebraska Christian Schools since 2011. He and his wife Allene have three children: Katie (’16), Trevor, and Tyler.

Join us for Campus Preview Day!
Back to the Blog
NC Speech: Halfway There