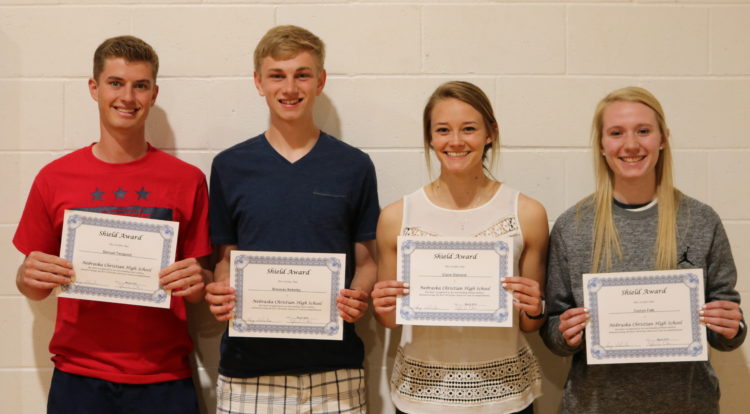 Nebraska Christian held its annual Academic Excellence Celebration (formerly known as Awards Chapel) on Wednesday, May 9. The morning began with a scholarship presentation by Kathy Furher from Cornerstone Bank. Each year, Cornerstone awards a $1,000 scholarship to a graduating senior. This year’s recipient was Danae Burdett. 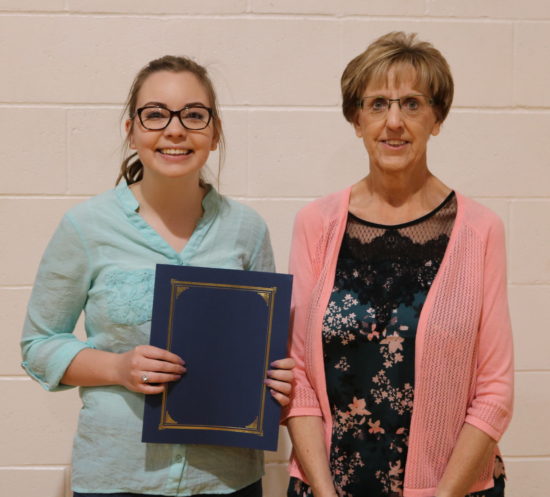 Another special scholarship was given out, this time to two underclassmen. The Mary & Victor Snell Scholarship is intended for students who are continuing their education at Nebraska Christian, and it is administered by the NCS Foundation. Foundation Director Jody Heuermann was on hand to present the scholarship. 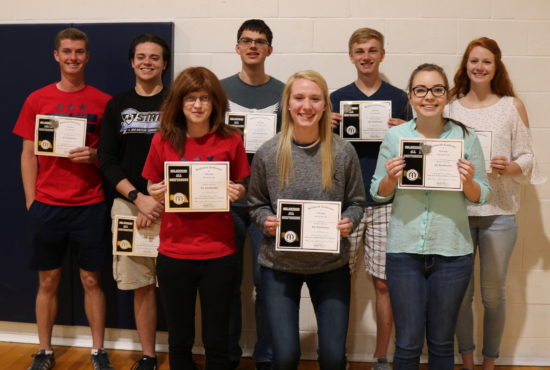 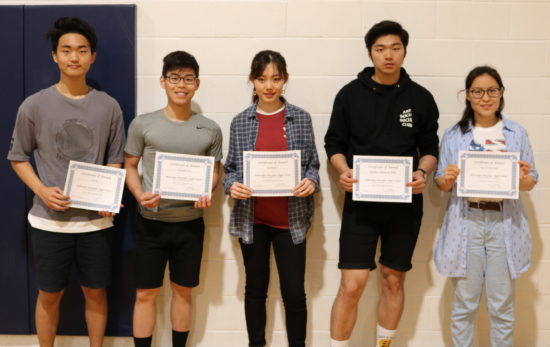 All students who received academic letters for a GPA above 3.33 for the first three quarters were recognized. Those on the highest honors honor roll, which is a GPA between 4.16 and 4.33, received special recognition. 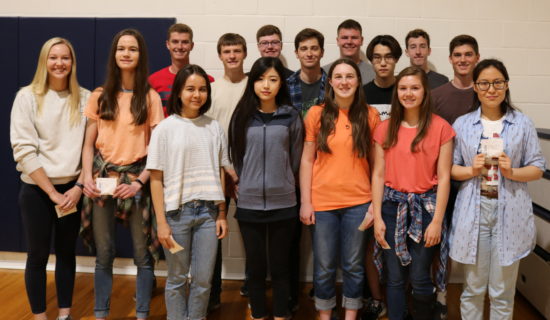 Other students recognized during the event were the quiz bowl teams, new National Honor Society members, those who received perfect attendance, and students who competed in three sports all four years of high school at Nebraska Christian.

The event ended with the presentation of the Shield Award to seniors Sam Twogood, Brennan Nokelby, Claire Ostrand, and Corryn Falk. This award is given each year to the top male and female athletes who excel in athletics and display strong Christian character.

Printing the Future: 3D Printer
Back to the Blog
Hekrdle Hired as Superintendent