“Only four miles today? Awesome!” is an exclamation seldom heard outside of a Cross Country practice environment. On August 6th at 5 pm, the 2018-2019 Cross country team took off on their first pre-season run. An optimistic group of junior high and high school students, they are looking forward to a season full of laughter, prayer, and plenty of miles. The team is made up of 33 young people: 18 in Senior High, 11 which are returning runners, and 15 in Junior High, 7 which are returning runners. Eight of the runners are seniors, and this is the 4th year of cross country for four of them.

Coach Scott Johnson is looking forward to the season: “The runners seem to enjoy running, and they are working hard in practice. I would never encourage someone to go out for cross country who doesn’t like to run, but I’m always excited to see that positive attitude in those who participate. I always look forward to the in-season improvement of each of the runners. I also know that there are important spiritual lessons to be learned by being disciplined in a person’s life (Heb. 12:11). I’m anticipating that the girls’ team will see some improvements compared to last year and it will be interesting to see how the boys’ team will do without Brennan [Nokelby].” 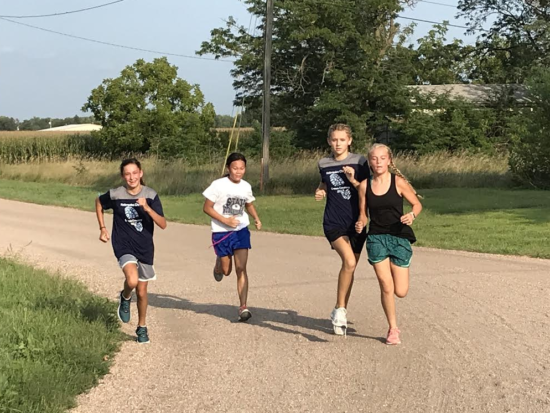 Practices consist of a short meeting to outline the workout, announcements of upcoming runs and meets, and prayer for safety, endurance, and good attitudes. Then, the workout begins. Three runs a week are over distance: aerobic exercise to loosen muscles and improve breathing. The other two runs during the week are hills or timed sprints: anaerobic exercise to increase endurance and speed.

Reflecting on practices, 8th grader Marlie Mundt said, “I like the hill workouts the best! The longer runs on the hills better than the shorter sprint runs on hills. I like those better because I feel awesome when we’re done and drive back over the hills we just ran and are like ‘What? We just ran those?’”

The team will begin their competitive season on the hills of Albion on Friday, August 31, 2018. If possible, make time to go out and support the students as they charge up and down courses all over central Nebraska! The Cross Country meet atmosphere is unique and exciting. 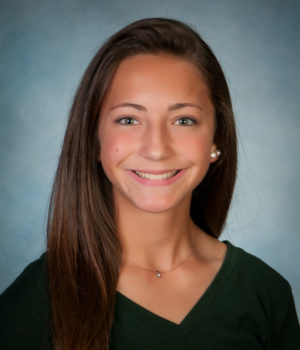 Laura Carlson will be graduating with the class of 2019. She has attended Nebraska Christian since 9th grade and runs Cross Country and Track. She is the oldest of five children, all who are enrolled at NC, and lives outside of Marquette.